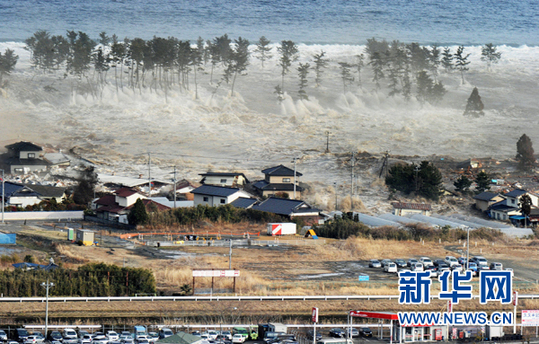 HEFEI, Jan. 3 (Xinhua) -- Remnants of a tsunami that occurred 1,000 years ago on the shorelines of the island of Nan'ao, in the waters of southern China's Guangdong Province, have attracted archeological interest with the discovery of a large amount of porcelain debris.

According to the research of the tsunami remnants led by the University of Science and Technology of China and the East China Normal University, the sedimentary section on the seashore of Nan'ao contains stone mortars and porcelain pieces dating back to the Song Dynasty (960-1279).

Professor Gao Shu at the East China Normal University said their archeological research found that the Songjing area on the southeast tip of the island used to be a civilized town with official kilns for making porcelain in the middle period of the Song Dynasty.

The tsunami devastated the town and disrupted the civilization, as no other cultural traces of relics were found in the sediment from later periods until the late period of the Ming Dynasty (1368-1644), said Gao.

The famous Nan'ao-1, an ancient merchant vessel, sank in the waters 2 km off the shore south of the island some 69 years ahead of the tsunami. Archeologists have recovered over 20,000 antique pieces, including porcelain and bronze coins, from the wreck.