CHINA Tu Youyou nominated for China's Medal of the Republic

Tu Youyou nominated for China's Medal of the Republic 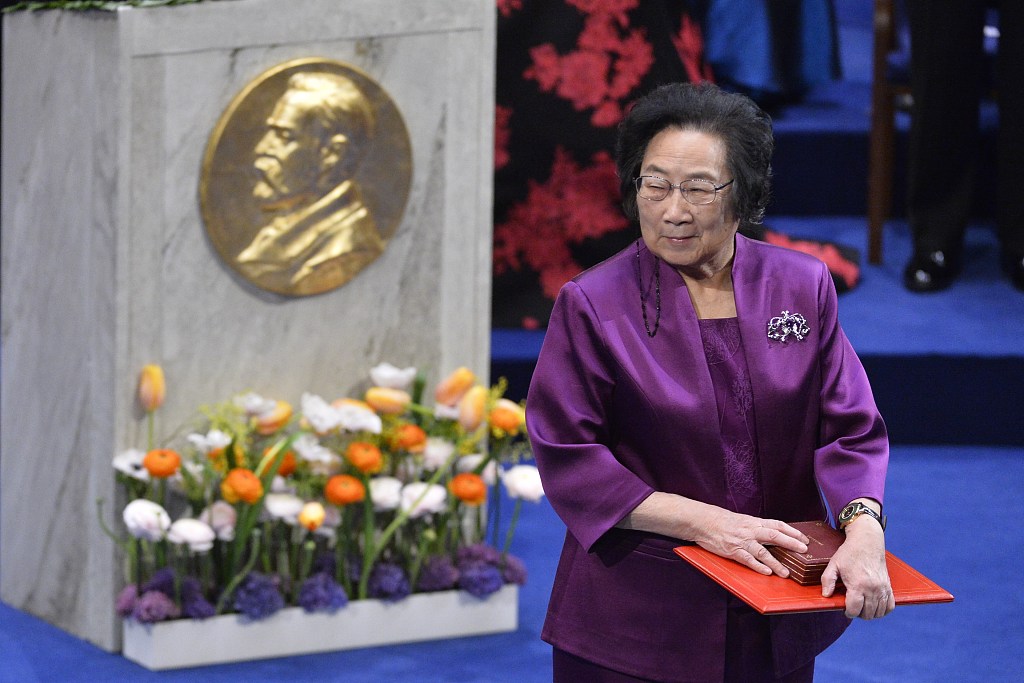 BEIJING, Aug. 28 (Xinhua) -- Chinese scientist Tu Youyou, winner of the 2015 Nobel Prize for the discovery of artemisinin, a group of drugs used to combat malaria, has been nominated for China's Medal of the Republic.

To commemorate the 70th anniversary of the founding of the People's Republic of China (PRC), a selection of candidates for national medals and honorary titles will be held for the first time.

Tu, born in 1930, has been dedicated to medical research with an aim to find a cure for malaria, having saved the lives of millions. She is also the first Chinese woman to win the Nobel Prize.

The medal is the country's highest honor for prominent figures who have made great contributions to the construction and the development of the PRC.

Together with Tu, seven other role models, including Zhang Fuqing, a 95-year-old war hero who served as a soldier in the Chinese People's Liberation Army during the Liberation War and was twice awarded the honorary title of "Combat Hero," and Yuan Longping, Chinese agricultural expert who is also called the "father of hybrid rice," are nominated for the medals of honor as well.

Another 28 figures have been nominated for the national titles of honor.