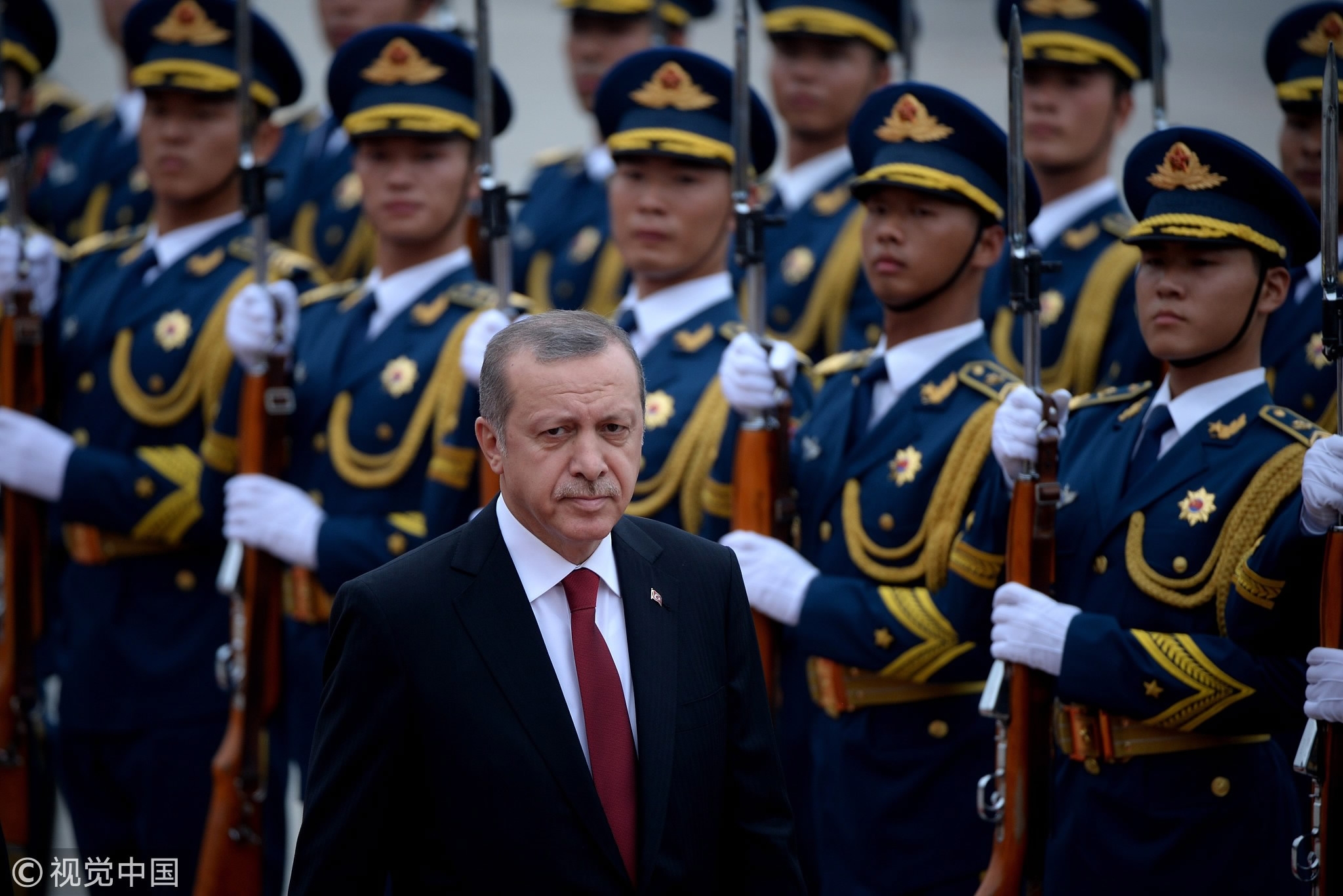 July 29, 2015: Turkish President Recep Tayyip Erdogan inspects Chinese honor guards at the welcome ceremony in front of the Great Hall of the People in Beijing. (Photo:VCG)

Turkish President Recep Tayyip Erdogan spoke highly of China's role in the global affairs, in terms of respecting civilization diversity as well as sticking to the equality of all countries, big or small.

Erdogan said during a phone call with Chinese President Xi Jinping, emphasizing that the prospering of China is the foundation of global stability.

President Xi noted that the two countries should also keep an eye on people-to-people exchanges to enlarge the solid foundation of public support.

Xi and Erdogan also shared thoughts on the recent situation in Syria.

Xi reinforced China's position to respect for the sovereignty, independence and territorial integrity of all countries. Related parties should operate within the international law.