CHINA Turkey to set up consulate general in Chengdu, open cultural center in Beijing amid strengthened trade and cultural ties

Turkey to set up consulate general in Chengdu, open cultural center in Beijing amid strengthened trade and cultural ties 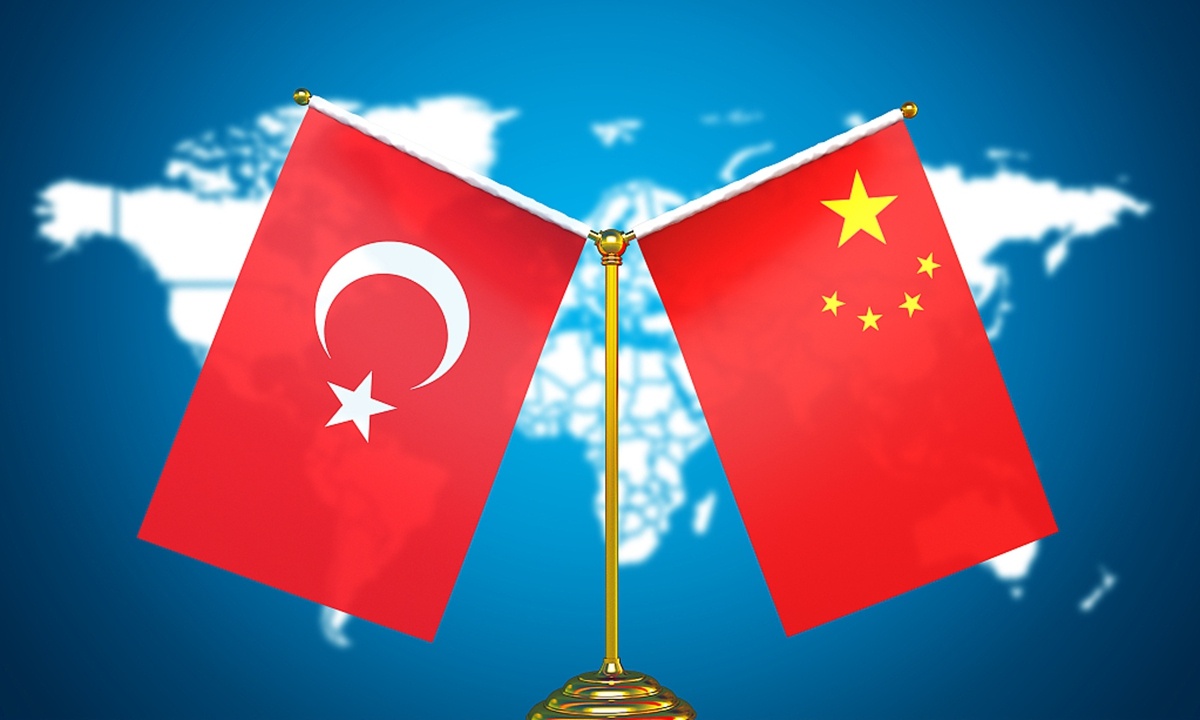 China and Turkey will celebrate the 50th anniversary of diplomatic ties this year. Önen said in the statement published on Weibo that Turkey would like to take this opportunity to further strengthen bilateral cooperation.

Aside from the upcoming new consulate general in Chengdu, Turkey will also inaugurate the Beijing Yunus Emre Turkish Cultural Center, the ambassador said.

Önen suggested the two countries to align their development strategies and strengthen cooperation.

Cooperation between the two nations extends across trade, investment, advanced technologies and civil aviation, and has gained momentum over recent years. In 2020, the bilateral trade between the two countries reached $26 billion, according to Önen.

China is now Turkey's third-largest trading partner, and Turkey hopes to build a win-win economic partnership and attract more Chinese companies to invest to Turkey, Önen said. China and Turkey are the only two countries in the G20 group that achieved positive economic growth amid the COVID-19 fight, he noted.

He is expecting more cooperation in high technology industry between two the sides, as both countries are focusing more on the technological development.

He also mentioned that enhancing transport connectivity is an important prerequisite for deepening economic and trade ties between China and Turkey, the eastern and western gateways of the ancient Silk Road, especially at the occasion that the COVID-19 pandemic has exposed the fragility of global supply chains.

In December 2020, the first export cargo train between Turkey and China was launched, which has shortened the cargo transportation between Istanbul and Xi'an of West China's Shaanxi Province to 12 days. Önen said that 2021 will see more trains coming back and forth between the two countries.

Moreover, as e-commerce is playing an increasingly important role in bilateral trade, Turkey hopes to send more products to enter the Chinese market via the digital channel. The Turkish government also plans to connect its "Middle Corridor" plan and China's Belt and Road Initiative to give play to the synergy and complementarity of the development strategies of the two countries, according to Önen.

Turkey regards China as a close and reliable friend and important partner, and the two countries will work together to help Asia's economic integration, Önen said.

On Monday, Nepal also officially unveiled its new consulate general in Chengdu. Located in the Hi-Tech Industrial Development Zone of the city, the new consulate general covers consular affairs in Sichuan, Guizhou and Chongqing. It is the fourth Nepalese Consulate General in China, following those in Lhasa in Tibet Autonomous Region, Guangzhou in South China's Guangdong Province, and Hong Kong SAR.