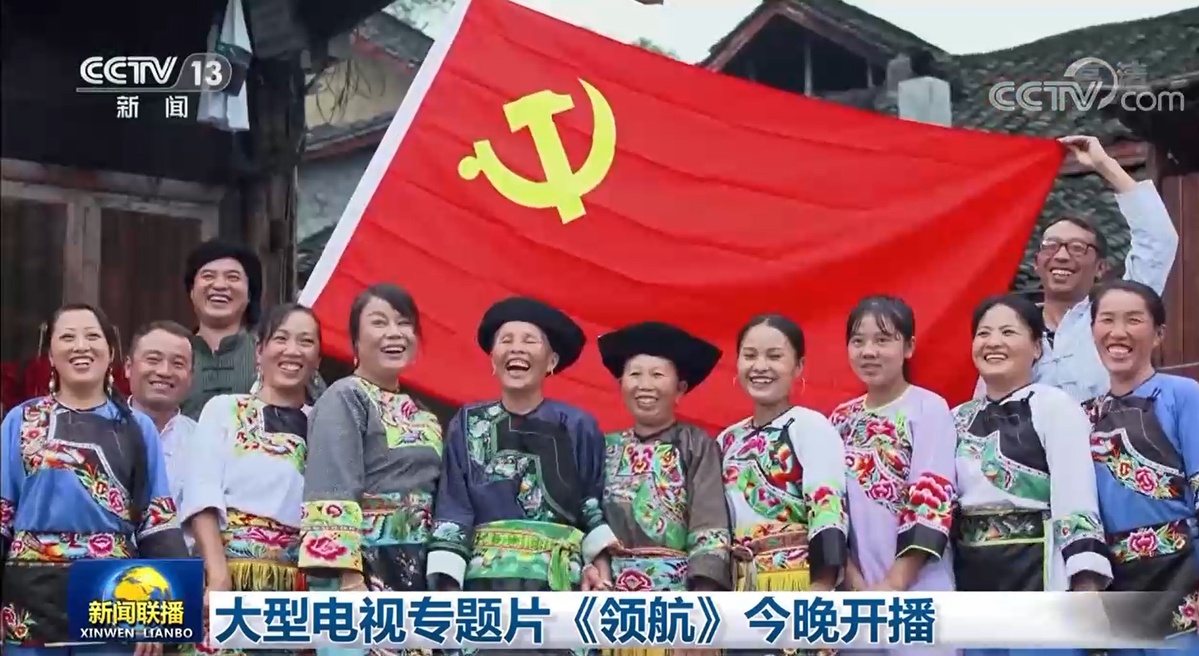 A screenshot of an ongoing television documentary telling the historic achievements that have occurred in China since the 18th National Congress of the Communist Party of China in 2012. (Photo: CCTV NEWS)

An ongoing television documentary telling the historic achievements that have occurred in China since the 18th National Congress of the Communist Party of China in 2012 has attracted wide attention.

The 16-episode series, produced by the Publicity Department of the CPC Central Committee and other departments, aims to give the audience a sense of the thriving development of the country.

The filming team traveled to 97 towns and subdistricts in 22 provincial-level regions and interviewed over 100 people, offering a vivid presentation of the happy lives and positive spirit of the Chinese people in the new era.

Airing on China Central Television, starting from Oct 8, the documentary and its related reports have reached more than 756 million people as of Tuesday, the CCTV said.

Li Shengli, a veteran firefighter from Jiangxi province, said under the Party's strong leadership, the fire control and rescue forces have undergone improvement in Jiangxi province in the past decade, with better equipment and skills.

As a delegate to the upcoming 20th National Congress of the CPC, Li said, "I will be strict with myself to fulfil my duties, and to set an example in serving local economic and social development."

Fan-Chiang Feng, from Taiwan, who is currently devoted in rural vitalization projects in the countryside of Fujian province, said he felt honored to share his experience in one episode about the practice of "one country, two systems".

"As long as the young people from both sides of the Taiwan Straits join hands, we will surely realize national rejuvenation and be proud to be Chinese," he said.

Liu Lei, deputy Party chief of Lingwu, Ningxia Hui autonomous region, said after watching the documentary that the Party puts the people in first place and has the courage to conduct reforms and tackle difficulties.

Dao Bo, Party chief of the Northern University for Nationalities, in Yinchuan, Ningxia, said he felt inspired after watching the episode presenting the achievements of socialist cultural construction with Chinese characteristics under the Party's leadership, especially the building a common spiritual home for the Chinese nation.

As an educator, Dao said he will continue to cultivate more qualified successors for the Party's ethnic work in the new era.