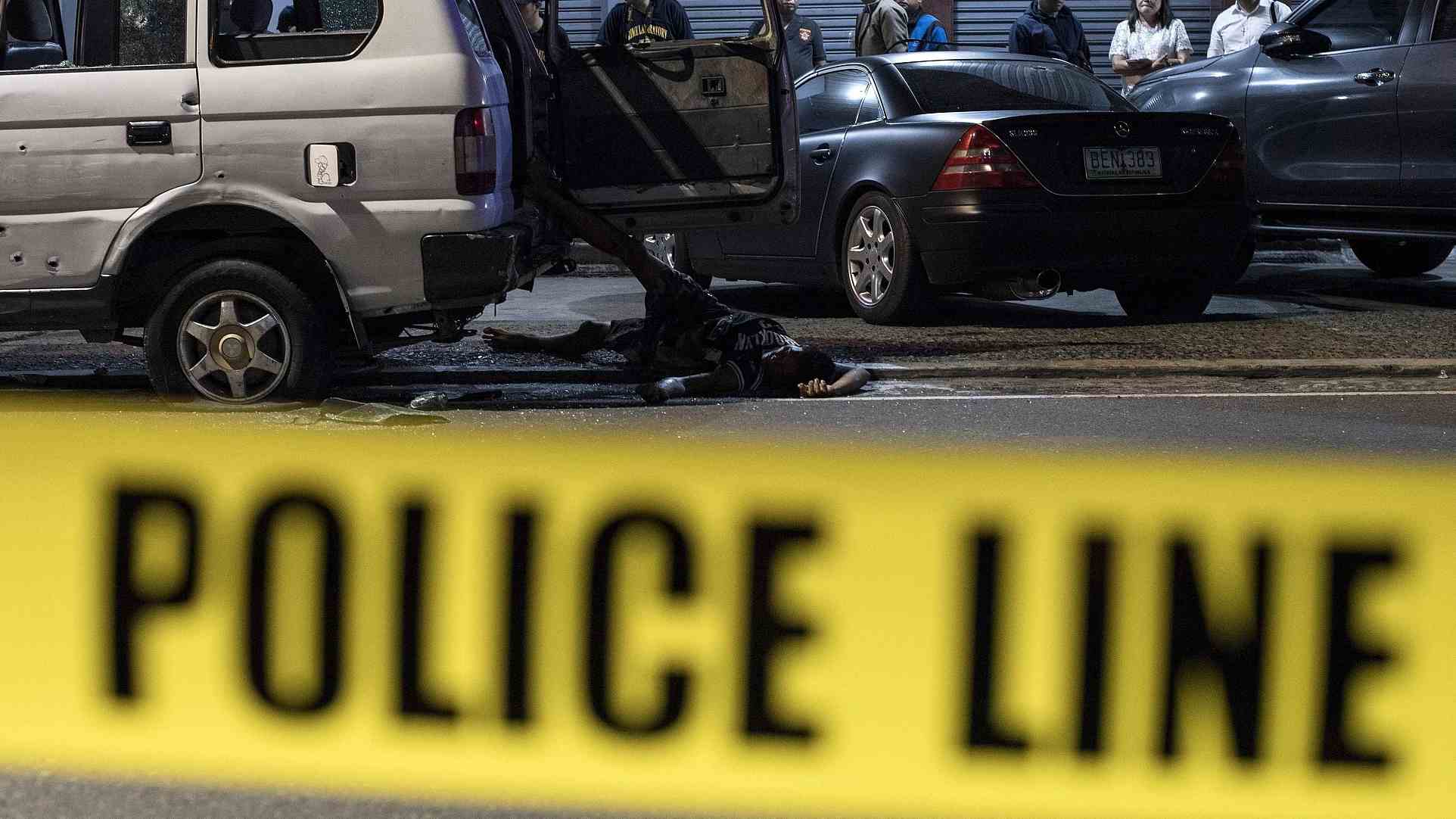 Two Chinese nationals were shot dead by unidentified gunmen on a motorcycle in Manila, capital of the Philippines, at 11:40 a.m. local time on Saturday, according to CNN.

One of the victims died at the scene. The other victim was declared dead on arrival at the hospital.

According to the Manila Police, the suspects rode a black Yamaha Mio. One was wearing a black jacket and a black helmet, while another had a white and blue jacket and a white helmet.