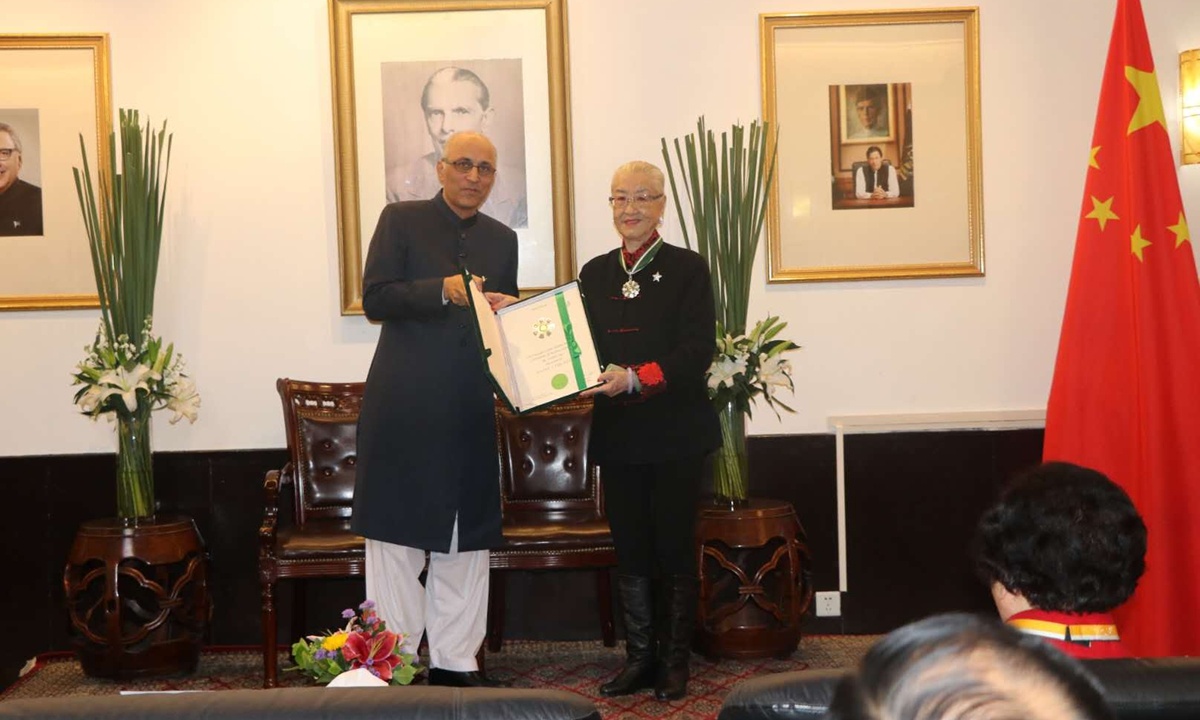 Two Chinese women dedicated to promoting cultural and economic exchange between China and Pakistan were conferred civil awards of Pakistan on Thursday for their outstanding contributions to Pakistan and strengthening of bilateral ties.

At a special investiture ceremony held at the Embassy of Pakistan in Beijing, Pakistani ambassador to China Moin ul Haque, on behalf of President of Pakistan, pinned his country's "Hilal-e-Imtiaz" civil award on Dr. Zhao Baige and the "Sitara-i-Pakistan" civil award was presented to Geng Ying. 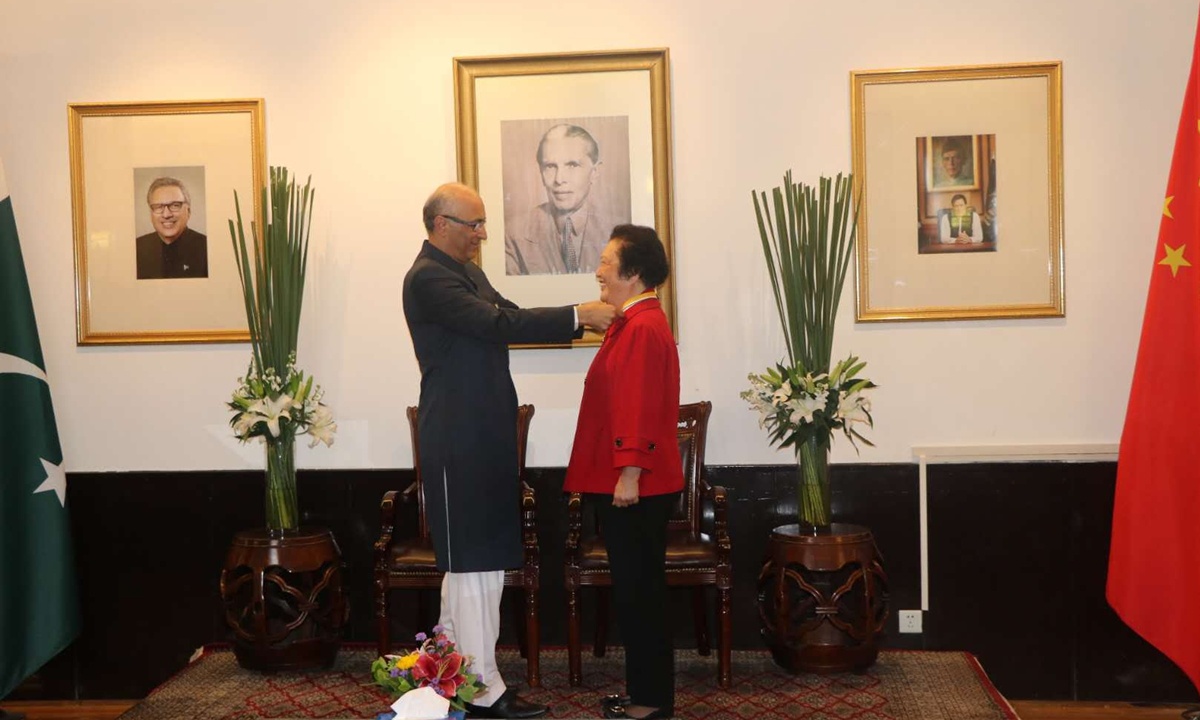 "Dr. Zhao Baige, the Vice Chairperson of the Foreign Affairs Committee of National People's Congress (NPC), is a great friend of Pakistan and an ardent advocate of Pakistan-China friendship. In her capacity as Vice Chair of the Foreign Affairs Committee of the 12th National People's Congress, she was instrumental in promoting friendly relations and high-level exchanges between Pakistan and China," reads the honor statement.

Zhao helped facilitate the China Pakistan Economic Corridor (CPEC), part of Belt and Road Initiative (BRI), in recent years. As Chair of the "Belt and Road" International Think Tank under the Chinese Academy of Social Science (CASS), she launched the Karamay Initiative to promote economic and commercial ties between Pakistan and China. She has led many delegations to Pakistan to advance ongoing economic cooperation, promote investment, people-to-people exchanges and collaboration between think tanks.

Geng Ying, the President of China Cultural Heritage Foundation (CCHF), is a "great patron of Chinese art and culture" who promotes China-Pakistan friendship in the domain of fine arts. She has played a key role in the publication of "Pak-Cheen Dosti," a bilingual anthology of poetry on Pakistan-China friendship. She was also prominently involved in a project to start a "Friendship Bamboo" plantation in the Chinese city of Wuhan using saplings from the residence of the Chinese Ambassador to Pakistan in Karachi, Ahmed Farooq, deputy head of mission of Pakistan Embassy, said at the special investiture ceremony.

The next year will be a special year for the two countries as Pakistan and China will celebrate the 70th anniversary of their diplomatic ties, Pakistani Ambassador Moin ul Haque said at the ceremony, adding that the award ceremony is a valuable moment to review achievements and to pay homage to heroes who have brought friendship to new heights.

The Civil Award honors prominent global and domestic individuals for their services in various fields including the performing arts, literature, science and education.

"China and Pakistan have always been a community with a shared future, through success and difficulties. The Pakistani - from the government to the ordinary people - treat Chinese people as true and steadfast friends as I felt during repeated visits in Pakistan. This reminds me of the moment when Pakistani people donated tents, food and relief items stored in their own home to China's Sichuan Province that was hard hit by an earthquake in 2018," Zhao told the Global Times on Thursday. "The award made me more determined to contribute to the common good of the two peoples."

"The award is recognition and an inspiration for me, as it is also an inheritance from my father who won the award four decades ago," Geng told the Global Times. Geng Ying's father General Geng Biao, was a former Chinese ambassador to Pakistan, who was recognized as the chief architect of Pakistan-China relations and was credited with advancing bilateral ties.

"I also hope that all my efforts meet the common aspiration of the 1.7 billion people in China and Pakistan," said Geng.