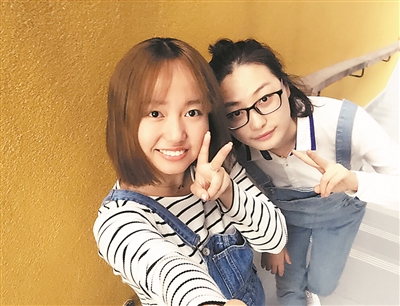 Two female graduates are gaining a great deal of attention for their philanthropic spirits since the pair recently gave their alma mater, the Shenzhen branch of the Chinese University of Hong Kong (CUHK) a one million-yuan donation, according to Guangzhou Daily.

Their company reached an annual income of 10 million yuan in 2016, which is the same year the company launched. Other companies have proposed acquisition plans to obtain Leadygo and have estimated the company’s worth to be as much as 40 million yuan.

Li and Yan’s entrepreneurial minds have also attracted the attention of many famous graduate schools.

Li and Yan encountered many difficulties over the years as they built their company, but the two said they received major support from their university’s Entrepreneur Fund in the form of 100,000 yuan.

Since the two are now prospering, they decided to donate one million yuan to thank their former college for helping during its early stages. The two said their donation will be given over the next five years, and that they have plans to donate even more money when their business grows in the future.

“We would love to keep on donating in a consistent pace, like once every five years,” Li said. “We hope the fund can keep running.”

Li and Yan also said they want to encourage their fellow students to start their own businesses and make their own innovations. The pair said they would offer help and support to help them reach their goals.