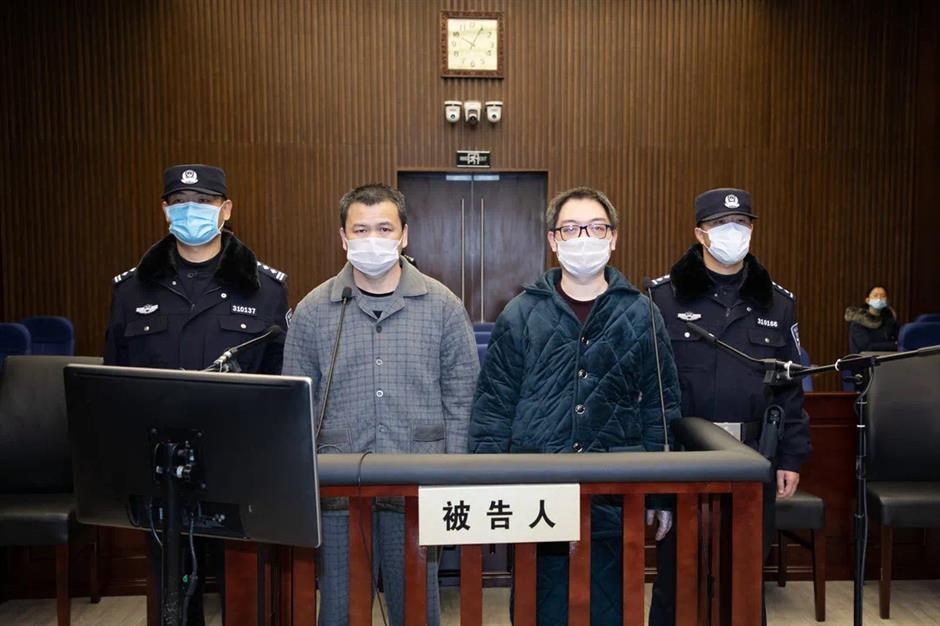 Zhang Zheren (right) and Zhou Wu in the dock at Shanghai No. 1 Intermediate People's Court on Tuesday. (Photo: Shine.com)

Two men were jailed on Tuesday for a fundraising fraud that took in 4.2 billion yuan (US$640 million) from 19,000 individuals.

Shanghai No. 1 Intermediate People’s Court said the pair promised annual interest rates from fake investment projects of between 6 and 22 percent through Hepan and three other financial companies between 2016 and 2018.

The money was mainly used to pay the principal and interest back to investors and the company’s expenses. Investors lost over 1.67 billion yuan, the court said.

Zhou was arrested by police in July 2018 and Zhang was caught three months later after returning to China from Suriname in South America.