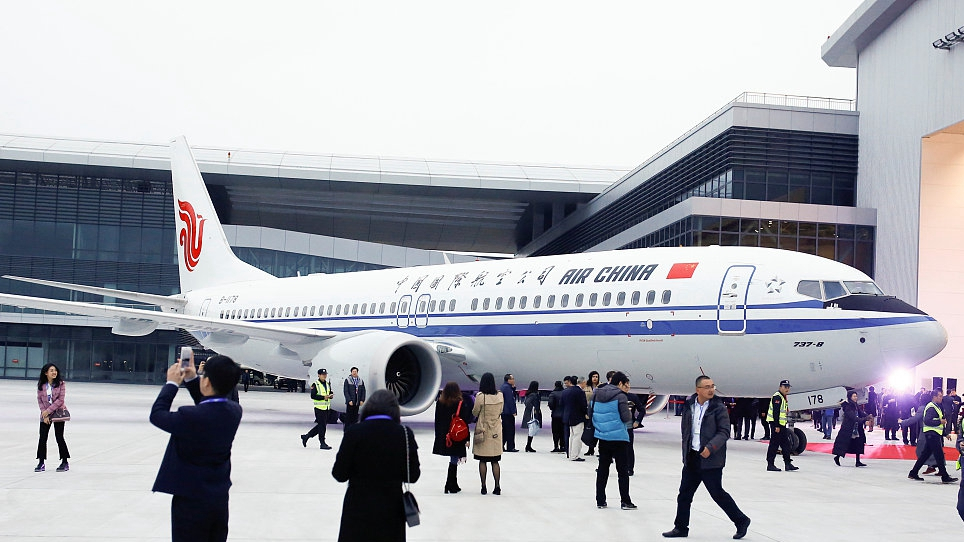 Air China and China Southern Airlines on Wednesday confirmed that they are officially seeking compensation from Boeing Co. for the damages caused by the grounding of their 737 Max jetliners after two fatal crashes, following China Eastern Airlines' same claim on Tuesday, according to a CCTV reporter.

The three Chinese carriers, transporting 65 percent of the passengers in the country in 2018, are in possession of 53 of the 96 737 Max planes currently grounded in the country, China Daily reported citing VariFlight, a local aviation statistics company.

China is the first country that suspended the commercial operations of all Boeing 737 Max jets following the Ethiopian Airlines crash on March 10, which killed all 157 people on board.

Last October, a 737 MAX 8 operated by Indonesian budget carrier Lion Air crashed 13 minutes after take-off from the Indonesian capital of Jakarta on a domestic flight, killing all 189 on board.

Boeing said in a report it received zero orders for the troubled 737 Max jets, or other jets, such as the 787 Dreamliner or the 777, in April.

The airplane manufacturer estimated a one-billion-U.S.-dollar hit in costs on account of its troubled 737 Max and has pulled its 2019 earnings forecast allowing for uncertainty looming over the jetliner. The figure is regarded by industry insiders as a conservative starting point.