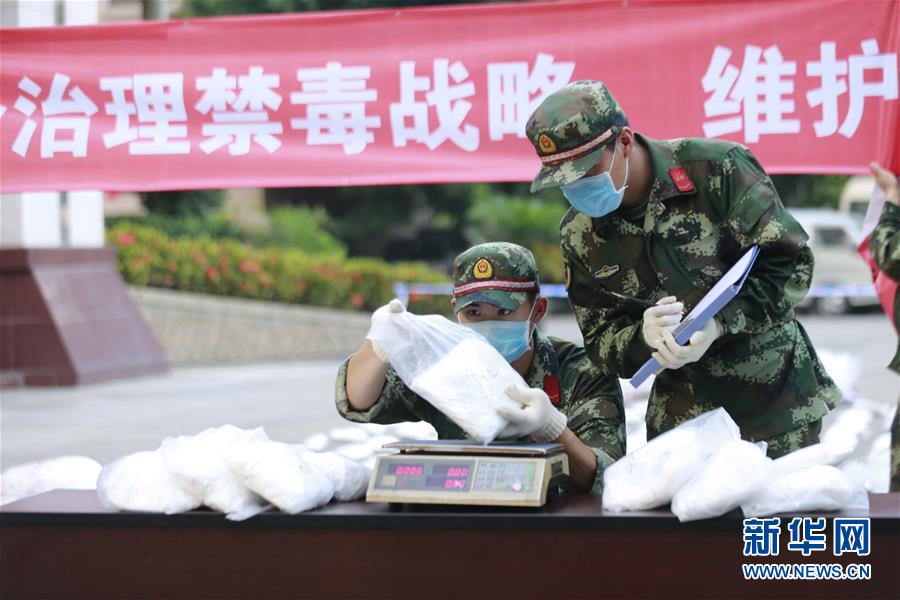 A court in southwest China's Yunnan Province Wednesday sentenced two people from Myanmar to death for drug trafficking and killing a Chinese policeman.

One was convicted of shooting dead a policeman in in Xishuangbanna Dai Autonomous Prefecture on Nov. 4, 2016, according to the intermediate people's court in Xishuangbanna.

The other man and two accomplices escaped and fled back to Myanmar, but were detained and turned over to police. They were handed over to Chinese police on Nov. 6, 2016, together with one handgun and 11 bullets.

During the operation, police in Xishuangbanna seized 17.2 kg of methamphetamine, also known as ice, as well as one handgun and nine bullets.

The two accomplices were sentenced to life and 15 years in prison, respectively.

The four have lodged appeals against the verdicts.

Yunnan, which borders the notorious "Golden Triangle" of Myanmar, Laos and Thailand, is at the forefront of China's anti-drug efforts.