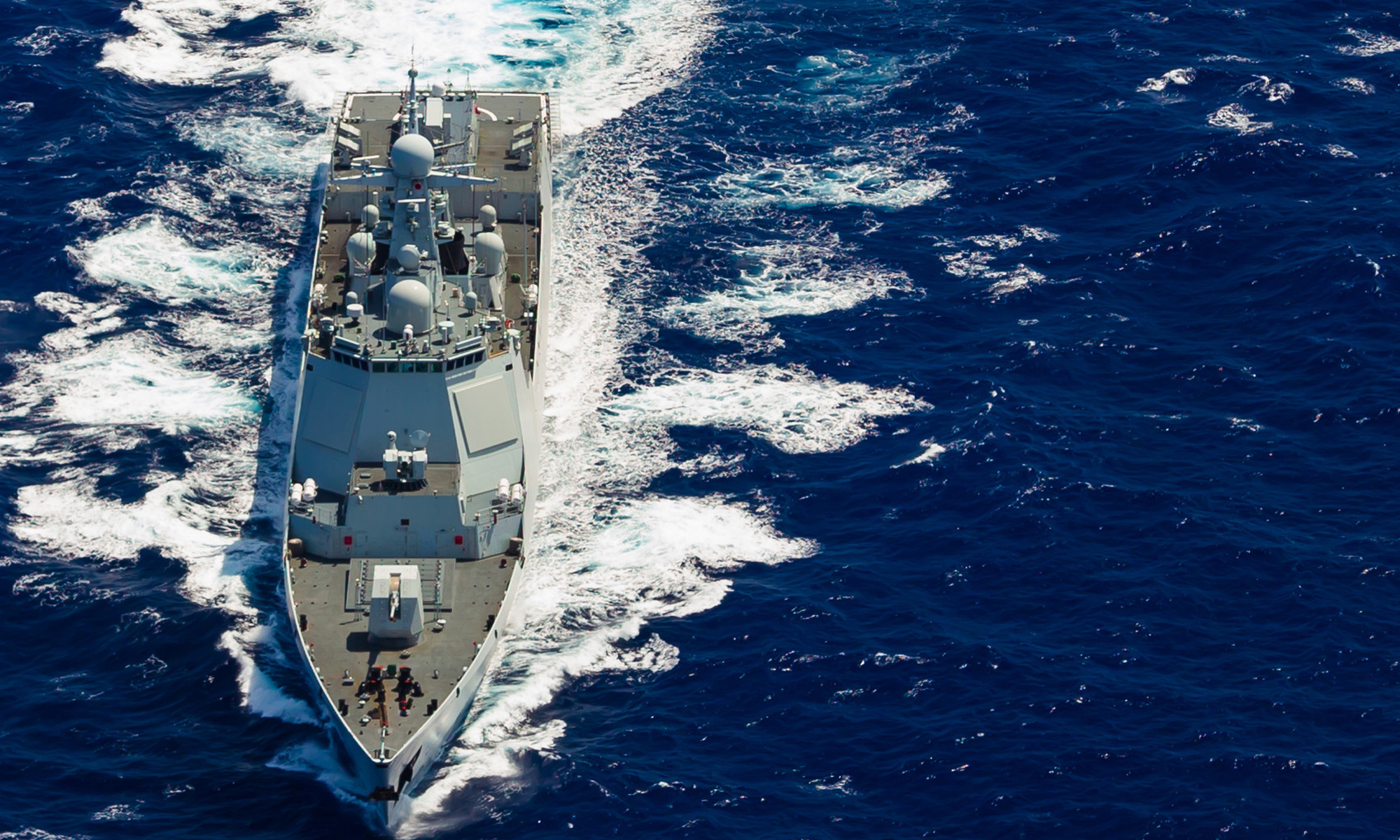 The guided-missile destroyer Hohhot (Hull 161) attached to a destroyer flotilla with the navy under the PLA Southern Theater Command steams in waters of the South China Sea during a realistic maritime training exercise in early August, 2020. (Photo: Global Times)

Two new and advanced guided missile destroyers have recently entered service with the Chinese People's Liberation Army (PLA) Navy, official reports show. This takes the tally of new destroyers that have been commissioned into the PLA Navy this year known to the general public up to four, which analysts said shows a strong momentum of growth for the PLA Navy amid external instability and pressure.

A destroyer unit recently conducted live-fire exercises for main gun shooting and damage control in an undisclosed sea region in celebration of the 71st anniversary of the founding of the People's Republic of China on October 1, according to a video attached to a post on the Sina Weibo account of the PLA North China Sea Fleet last week.

The video footage shows for the first time a warship with the hull number 121, which is a Type 052D guided missile destroyer. Military observers have speculated that it is named the Qiqihar, after a city in Northeast China's Heilongjiang Province. 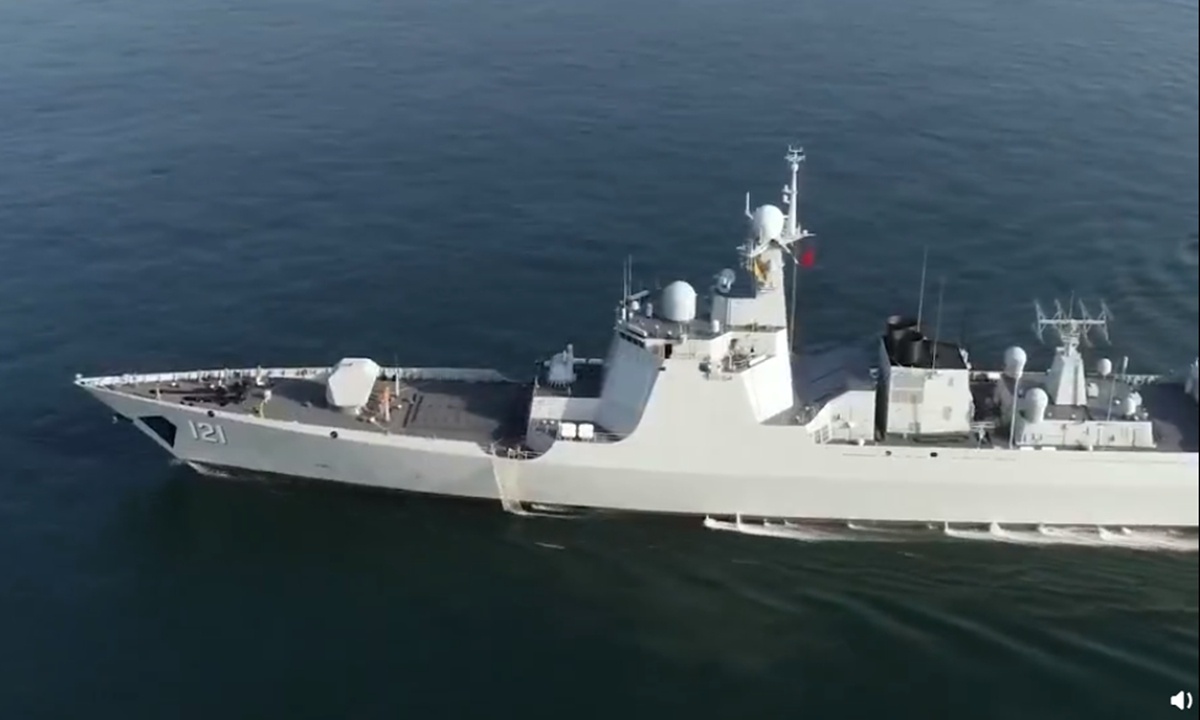 Another new destroyer, the Tangshan, with the hull number 122, made its debut to the general public in another report by js7tv.cn, a video news website affiliated with the PLA, in late September.

According to the report footage, the Tangshan is a Type 052DL guided missile destroyer, which is reportedly the latest variant of the Type 052D characterized by an extended helicopter flight deck and a larger anti-stealth radar. It was conducting damage control training, the report said. 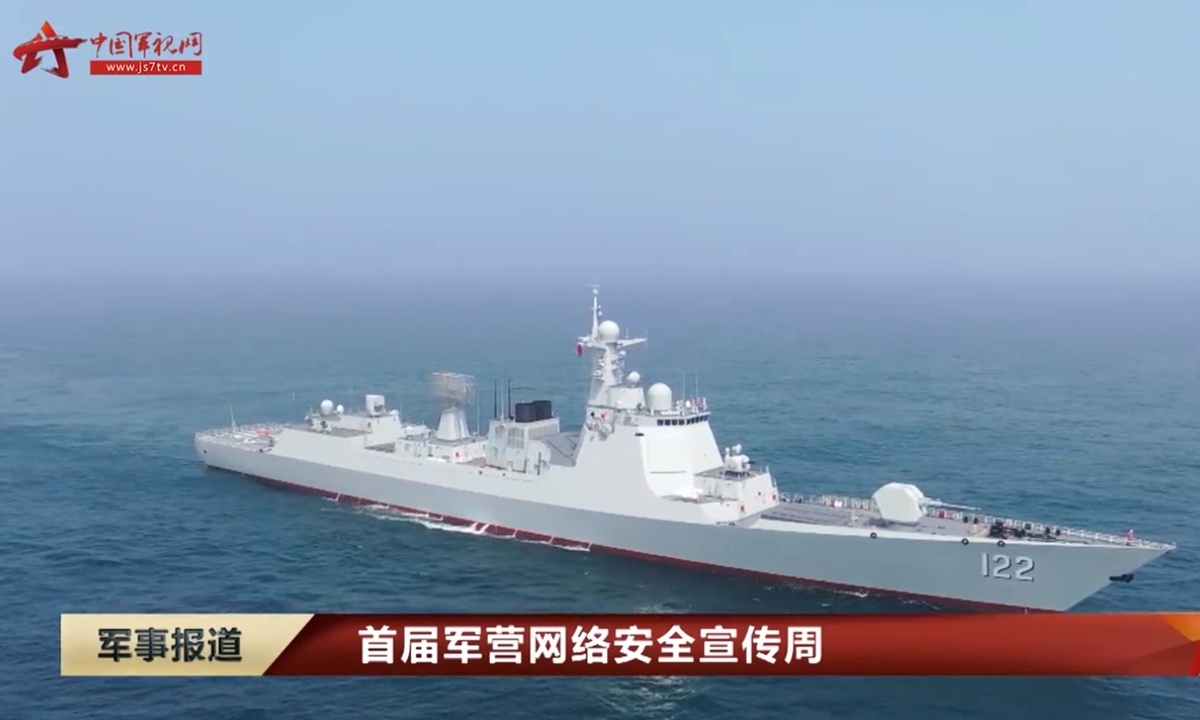 The fact that they are painted with hull numbers, have engaged in training exercises and have been featured in official military media reports all indicate that these two new destroyers have likely already entered service with the PLA Navy, analysts said.

Including these two destroyers, the PLA Navy has now commissioned at least four destroyers in 2020. In January, it commissioned the Nanchang, the country's first 10,000 ton-class Type 055 destroyer, and the Zibo, the first Type 052DL variant, according to media reports.

With instability all around the world and increasing military pressure from countries like the US, China needs to develop its naval forces to safeguard its sovereignty, territorial integrity and national interests, a Beijing-based expert on military affairs told the Global Times on condition of anonymity on Monday.

The commissioning of four destroyers this year showed a strong momentum of growth for the PLA Navy, and more warships, including destroyers and amphibious assault ships, are expected to join military service soon, the expert said.

China currently operates about 20 modern, aegis-type destroyers, and in four to five years the number will increase to 40, including six Type 052Cs, 25 to 26 Type 052Ds and eight Type 055s, The Diplomat magazine reported in July.

China has also launched two Type 075 amphibious assault ships, the first in September 2019 and the second in April this year.