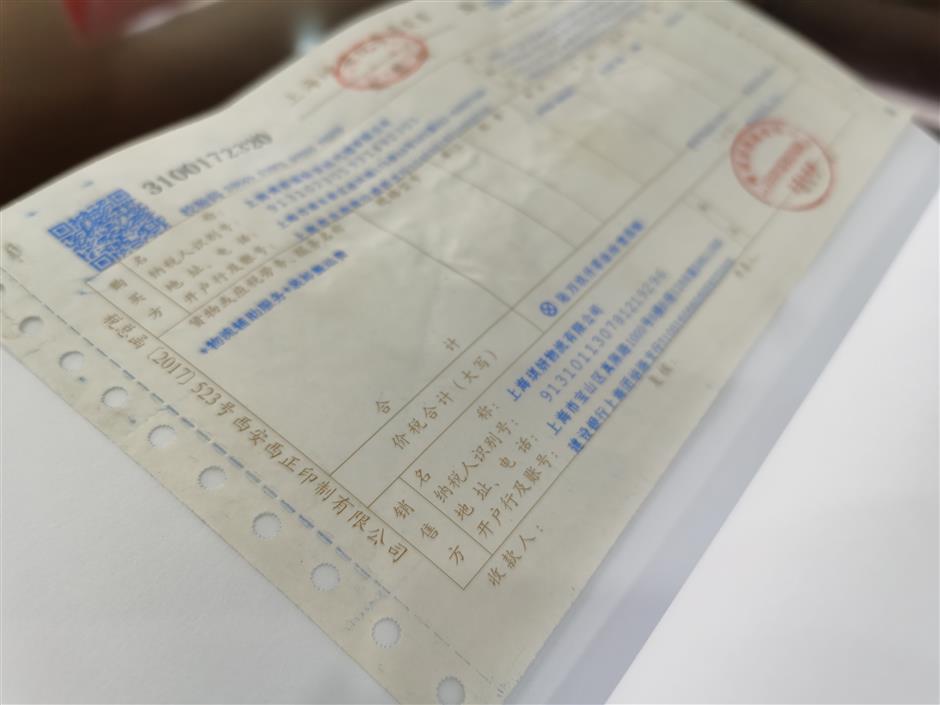 One of the forged invoices seized by police.

During their investigation, Sichuan police found that an illegal invoice printing software had been sold on the Internet to more than 400 people around the country.

The suspects were caught in Gaoqiao Town last month and have allegedly confessed to forging more than 190 VAT invoices to reduce their companies' tax liability.