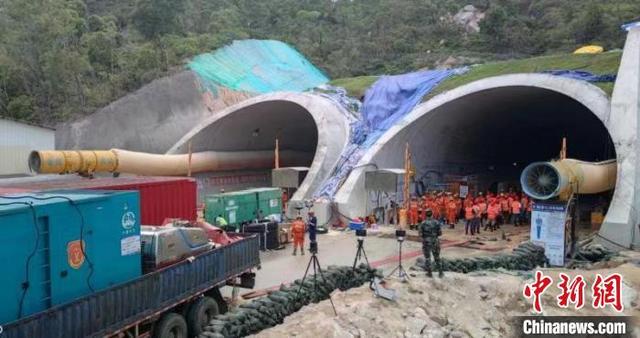 A total of 14 workers were trapped at the construction site of the Shijingshan tunnel, part of the city's Xingye expressway, when the site was flooded at around 3:30 a.m. on July 15.

The two victims were found Monday afternoon at around 1,060 meters and 1,070 meters into the left-side entrance of the tunnel, respectively.

Rescuers will spare no effort to search and rescue the remaining trapped workers, and more than 2,400 rescuers and over 200 rescue vehicles have been dispatched to the scene, the headquarters said.

The narrowness of the tunnel and complicated hydrological, geological and meteorological conditions have made the rescue difficult, it added.