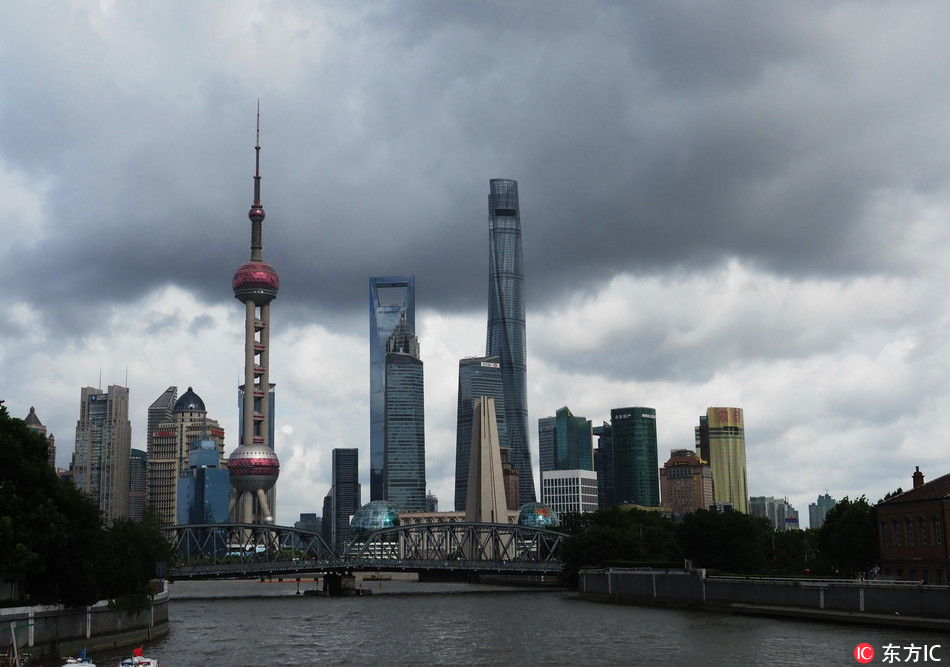 Ampil, the 10th typhoon this year, has made landfall on the island of Chongming in Shanghai at 12:30 p.m. Sunday, packing winds of up to 28 meters per second near its eye, the municipal meteorological observatory said.

The island, 45 km east of downtown Shanghai, is at the mouth of the Yangtze River.

The Shanghai municipal flood control headquarters said it had relocated a total of 190,000 people from coastal areas by early Sunday morning.

Shanghai Disney Resort said it operates normally, but will suspend some outdoor attractions and performances during periods of heavy rain or high winds. Shanghai Tower, the tallest building in China, has suspended rooftop sightseeing.

In neighboring provinces of Zhejiang and Jiangsu, more than 42,500 people were also relocated. More than 28,000 ships including 22,900 fishing boats have returned to port in Zhejiang.