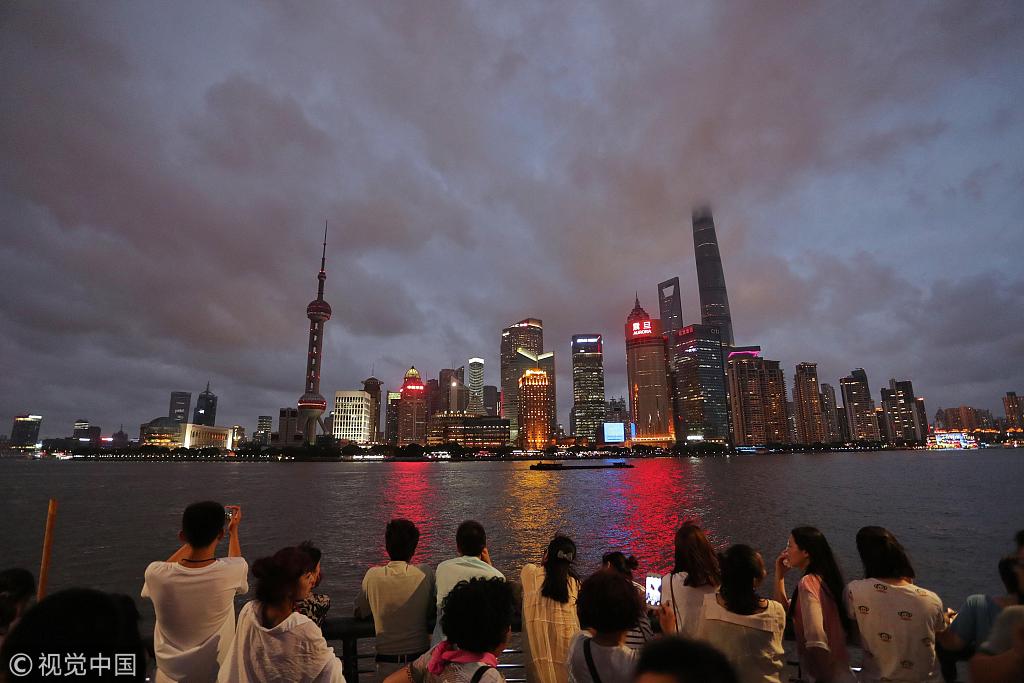 The National Meteorological Center (NMC) continued to issue a yellow alert for the tropical storm, which will hit coastal areas between Xiangshan County, Zhejiang Province, and Qidong of Jiangsu Province, packing winds of up to 108 kilometers per hour.

It will weaken after reaching land and continue to move northwest inland. Heavy rainfall up to 180 mm will strike Zhejiang, Shanghai, Jiangsu and Anhui, and there will be gales on waters nearby.

At 5 p.m. Saturday, the eye of Ampil was 425 km offshore from Xiangshan.

China has a four-tier color-coded weather warning system, with red representing the most severe weather, followed by orange, yellow, and blue.