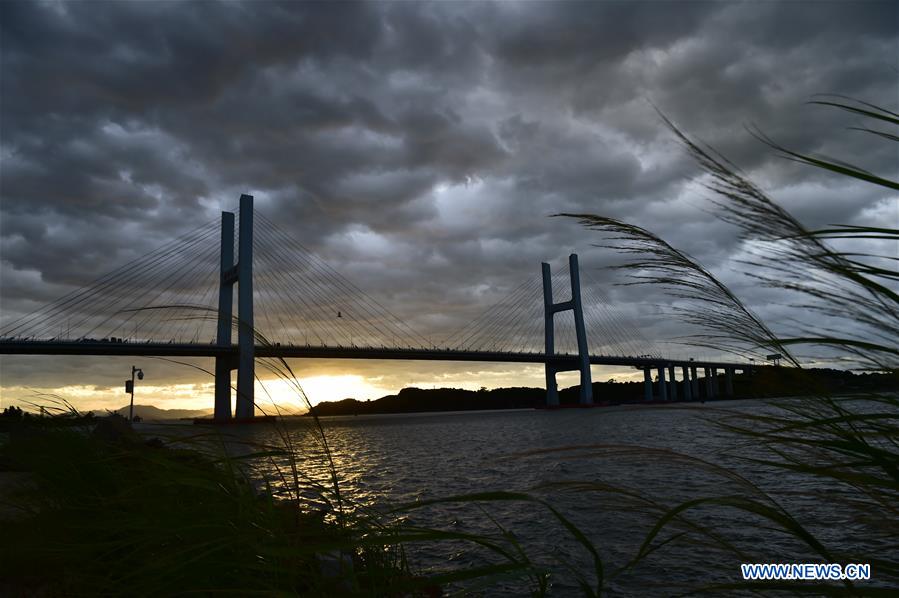 With a maximum wind force of 90 km/h, Bailu, the 11th typhoon this year, made landfall in Dongshan County at 7:25 a.m.

Earlier, as Typhoon Bailu nears, ships were recalled and residents were evacuated.

Fujian province said Saturday that 9,926 fishing vessels had been recalled to harbor as it girds for the coming Typhoon Bailu.

The typhoon, the 11th this year, also halted ferry services between Xiamen and Kinmen in Taiwan, and between Pingtan and Taiwan's Taichung. A total of 124 flights have been canceled at Xiamen airport.

China's national observatory issued a yellow alert Saturday for Typhoon Bailu, which is expected to bring gales and torrential rains to south China.