HARBIN, Sept. 5 (Xinhua) -- A total of 452,700 people in northeast China's Heilongjiang Province have been affected by Typhoon Maysak as of 4:30 p.m. Friday, according to local authorities. 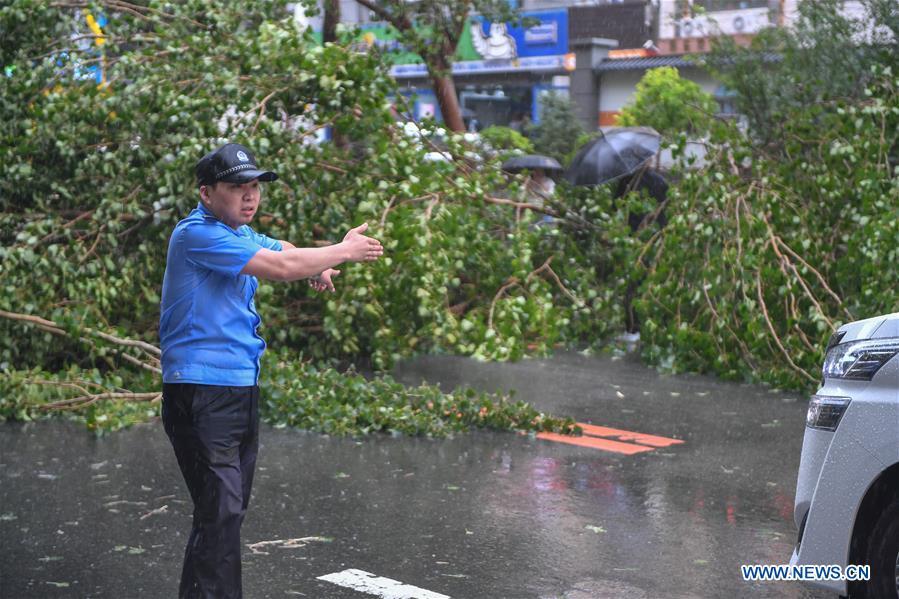 The typhoon entered Heilongjiang on Thursday, bringing strong winds and a cumulative rainfall of up to 171.3 mm from Thursday to Friday, the provincial meteorological bureau said.

Natural disasters triggered by the typhoon have affected 93 counties and districts of the province, with 9,829 people relocated.

A Level-III emergency response for meteorological disasters, issued by the provincial meteorological bureau Wednesday, has been canceled, as of 3:50 p.m. Friday, after the impact of the typhoon on the province largely diminished.

More wind and rain are forecast around Sept. 8 when Typhoon Haishen, the 10th of this year, approaches the province, according to the provincial meteorological department.

Compared with other provinces in eastern and southern China, typhoons are less common in Heilongjiang, as the border province is not located near a large area of open sea.