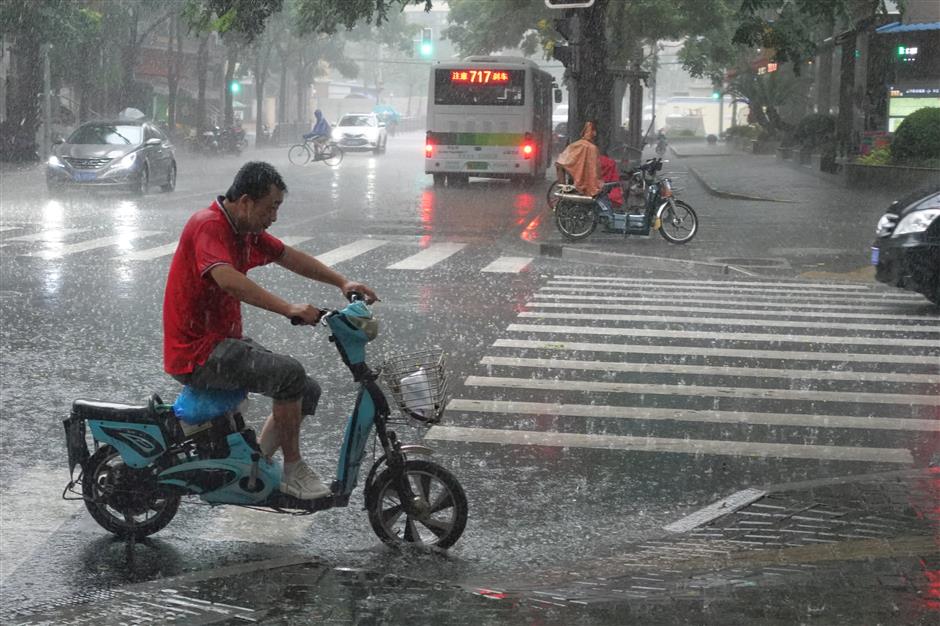 BEIJING/SHANGHAI, Aug. 17 -- Typhoon Rumbia, the 18th this year, made landfall at around 4:05 a.m. Friday in Pudong New Area, Shanghai, bringing torrential rains and packing strong winds of up to 23 meters per second, or 82.8 km per hour, at its eye, according to the National Meteorological Center (NMC).

The tropical storm is expected to gradually wane as it keeps moving northwest at a speed of 30 km per hour, the center said. 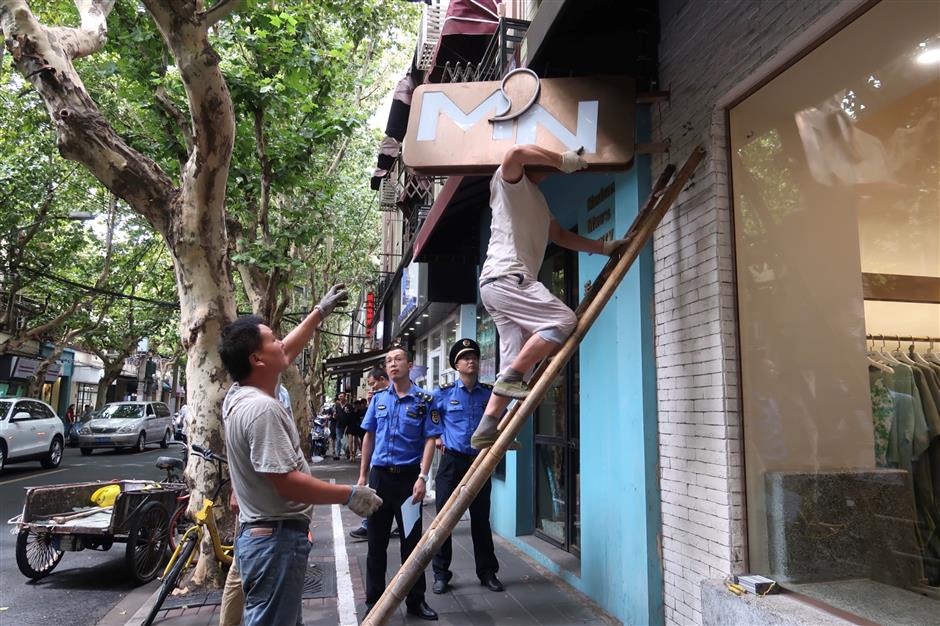 Workers remove the signboard outside a roadside store in downtown Shanghai Thursday amid a city-wide campaign to prevent risks of falling objects. (Photo: Shine)

While maintaining the blue alert for typhoon Rumbia, Shanghai weather service upgraded the city's downpour warning to orange.  By Friday morning, altogether 2,525 vessels had returned to port and 3,209 crew members had gone ashore.  And 53,000 people had been evacuated in Shanghai. Bringing gales and downpours, Rumbia had downed 176 trees, the municipal flood control and drought relief headquarters said.

Typhoon Rumbia, the 3rd of the typhoons that had made landfall in Shanghai this month, will bring strong winds and heavy rains to the city from Friday to Saturday, the headquarters forecasted. 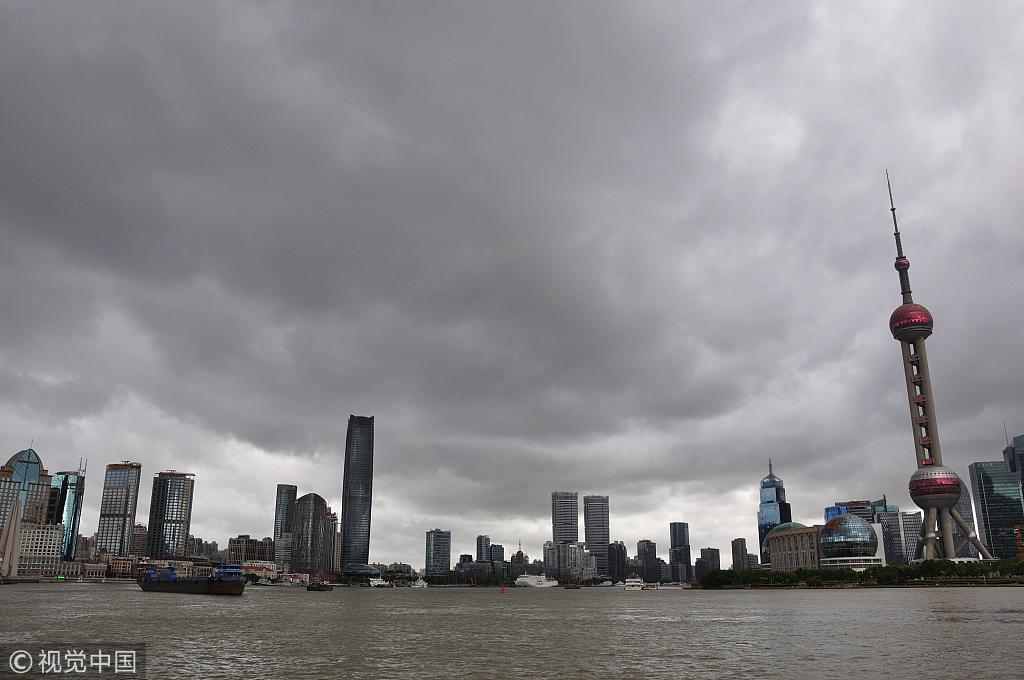