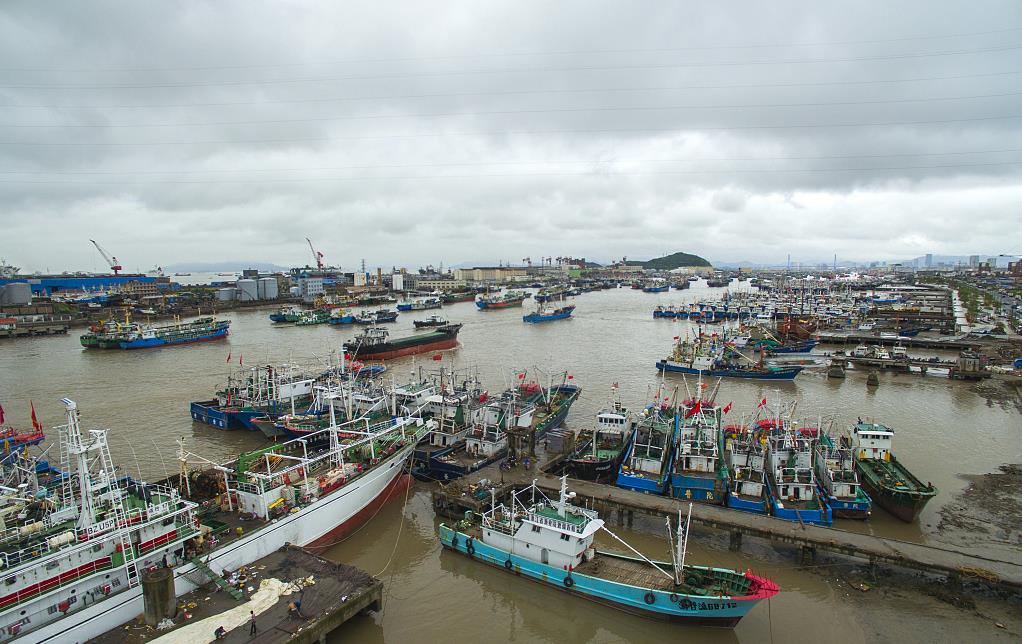 Boats are harbored in a safe haven to shelter from typhoon Yagi at a harbor in Wenling City, east China's Zhejiang Province, Aug. 12, 2018.  (Xinhua/Liu Zhenqing)

Typhoon Yagi, the 14th this year, made landfall at around 11:35 p.m. Sunday in Wenling County, east China's Zhejiang Province, bringing gales of up to force 10, or 102 kilometers per hour at its eye, according to the provincial flood control headquarters.

By Sunday afternoon, 204,949 people in ten cities, including Taizhou, Zhoushan, and Wenzhou in the province had been evacuated and a total of 20,949 fishing boats and other 4,526 vessels had returned to port or safety waters, the flood control headquarters said.

The strong tropical storm is expected to bring strong winds and heavy rainfall to most parts of the province from Sunday to Monday. It is estimated to gradually wane as it keeps moving northwest.

China's national weather observatory on Sunday issued a blue alert for typhoon Yagi. China has a four-tier, color-coded weather warning system, with red representing the most severe, followed by orange, yellow, and blue.