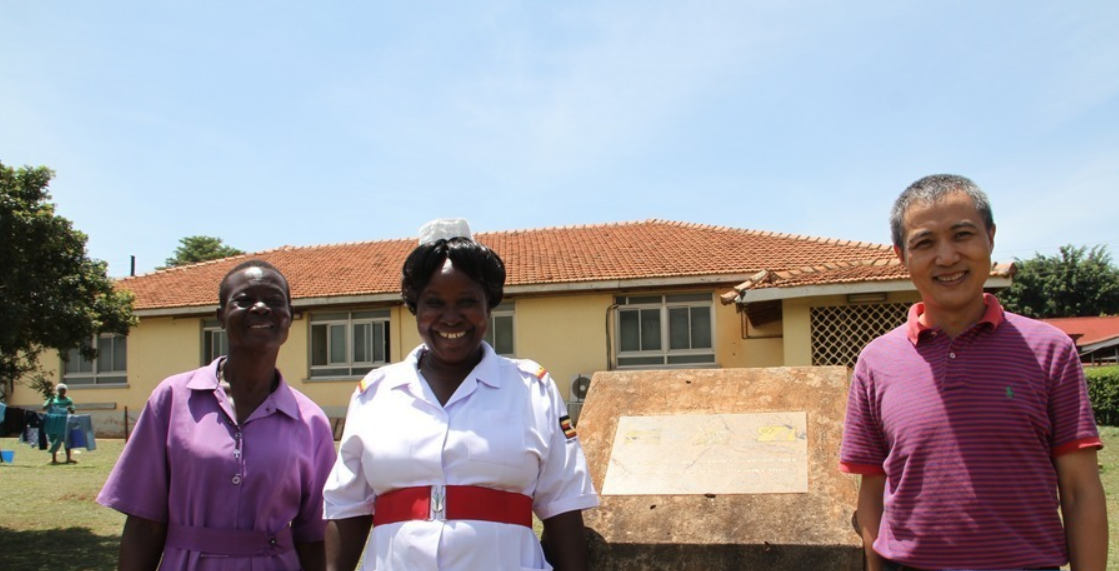 Cong Linhai (R), head of 18th Chinese medical team and nurse Rose Kawuma(L) and Jesca Namugoya pose for a group photo next to the monument of the Sino-Ugandan Friendship Tree at Jinja Regional Referral Hospital in eastern Uganda, Aug. 14, 2018. In the lush green compound of Jinja Regional Referral Hospital in eastern Uganda, a tree blossoms. It is no ordinary tree, but a tree that signifies the 29-year relation between Chinese medical teams and the hospital. TO GO WITH Feature: Ugandan nurses adopt traditional Chinese acupuncture therapy. (Photo: Xinhua)

KAMPALA, Feb. 17 (Xinhua) -- Uganda's minister of state for health on Friday said the country will draw lessons from China on integration of traditional and complementary medicine into mainstream health care system.

Sarah Opendi, minister of state for health in charge of general duties told Xinhua in an interview that the east African country wants to gain knowledge from China, which is advanced in traditional medicine and modern biomedical technology.

"We need to cooperate with the Chinese government now that parliament has passed the traditional and complementary medicine bill," said Opendi.

"The Chinese are advanced in this area. Now we need to cooperate with them to see how to clearly integrate traditional and complementary medicine into our own public healthcare system," she said.

Ugandan legislators early this month passed the traditional and complementary medicines bill aimed at regulation and integration of traditional medicine into the national health care system.

The new law seeks to regulate indigenous and complementary medicine practitioners in efforts to reduce the importation of traditional medicines and attain universal health care coverage.

It also seeks for the development to encompass protection, cultivation, propagation, and conservation of medicinal plants and aims to contribute to poverty alleviation through the creation of employment and enhancing household incomes, among other benefits.