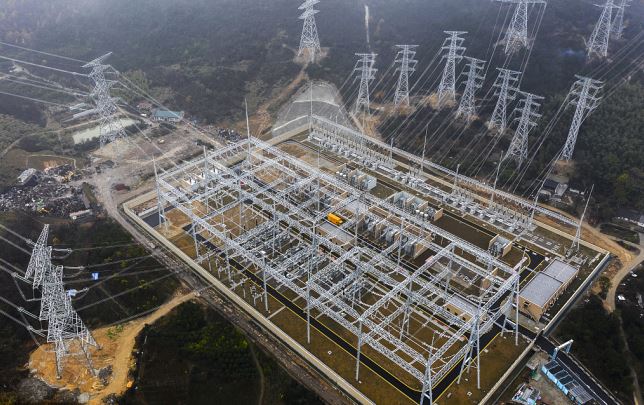 China's largest and most complicated 500 kV ultra-high voltage power line in Zhoushan, Zhejiang Province, has been put into operation, setting a total of 14 world records, Chinanews.com reported on Wednesday.

Linking the power grids between Zhoushan and Ningbo, the cross-sea project is comprised of 16 subsidiary projects with a total investment of about 4.62 billion yuan (around 683 million USD).

Besides, the world's first 500 kV cross-linked polyethylene cable, with a total length of 18.15 kilometers, was laid under the sea during the project.

The submarine cable has a cross-sectional area of 1,800 square millimeters, which is the world's largest so far. Its application also means the end of foreign supply for the 500 kV submarine cables in China.

A total of 218 kilometers of overhead lines and 17 sea miles of submarine cables were added after the project, which help increase the total power transmission capacity of 3,000,000KVA.

The power transmission capacity of the 500 kV ultra-high voltage power line is about 3.3 times of the original 220 kV power line project in Zhoushan.