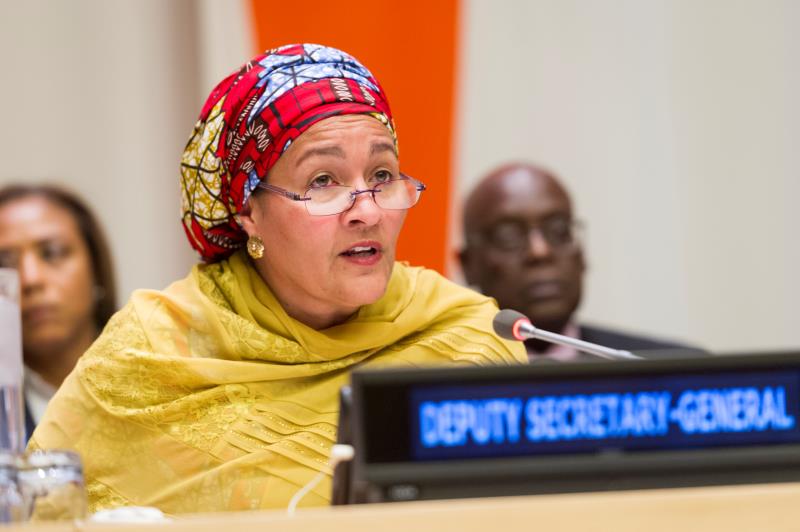 Mohammed pointed out the SCO initiative aimed at developing 17 sustainable goals was a strong driving force and a global roadmap for sustainable development.

The SCO now represents nearly half of the world’s population, and has shifted priorities from standard security threats to a focus on economic cooperation, investment, and infrastructure.

“It is encouraging to see positive regional dynamics in central Asia and closer interaction between countries. The voice and platform for multilateralism is further enhanced through such efforts for mutual dialogue and cooperation,” she said.

The UN and the SCO share a growing number of interests that involve a favorable business climate, the promotion of innovative technology, renewable energy, long-term investments, smart agriculture, and nurturing future generations.

Both have signed several Memorandums of Understandings (MoU), including the recent agreement with UNESCO in Qingdao, Shandong Province.

Development based around democratic institutions and the rule of law whereby everyone has access to channels where grievances can be addressed provide pathways that prevent conflict and violent extremism.

We must ensure nations are able to have the necessary domestic resources and capacities to steer their economies and development agendas towards our common goals as outlined by the 2030 Agenda and the Paris Agreement in order to ensure a fair and inclusive globalization,” Mohammed said.

When discussing the vitality China’s proposal will bring to SCO development, Mohammed recognized that it was President Xi Jinping who called for building an open global economy, moving toward a new type of international relationship, one based on equality, mutual learning, dialogue and inclusiveness among different societies.

Mohammed likens it to China’s "Shanghai Spirit,” a set of principles encompassing mutual trust, benefits, and equality with the same aspirations found within the 2030 Agenda for Sustainable Development.

Overall, Mohammed stressed that the world needs to recommit itself to a multilateral framework and added, “Global problems need global, multilateral solutions.”