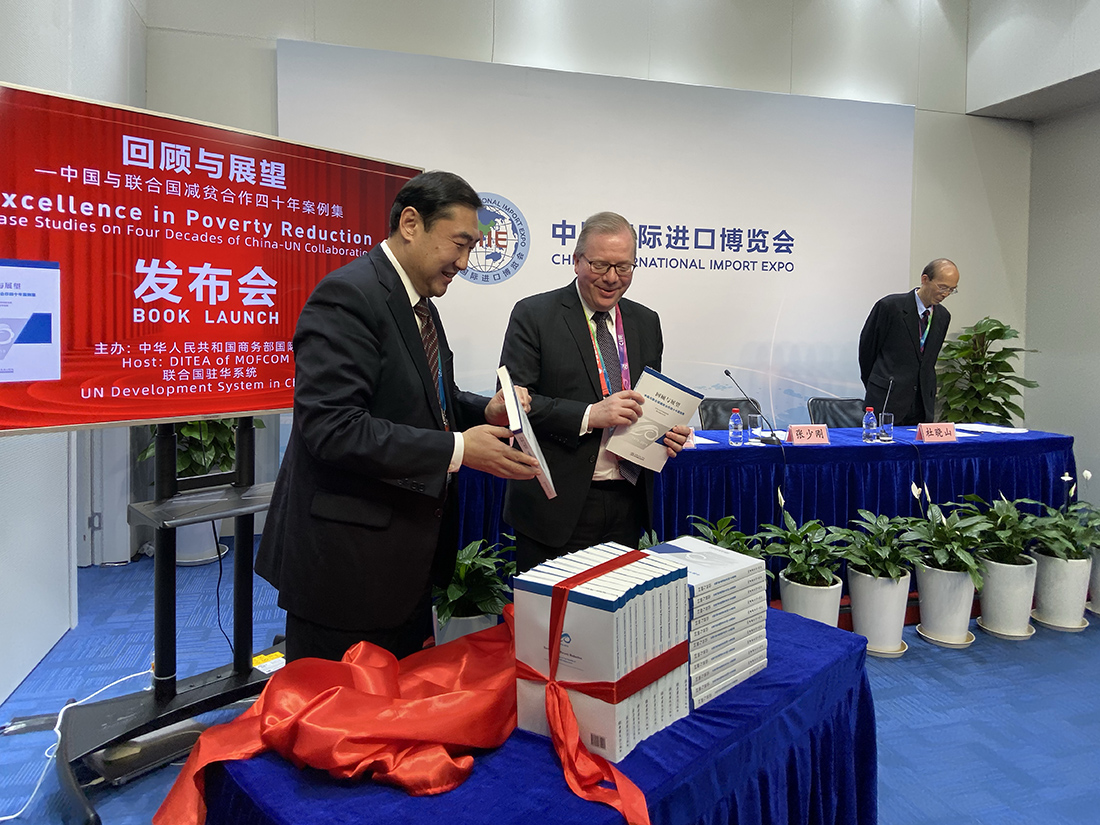 On the occasion of the second China International Import Expo, the Department of International Trade and Economic Affairs at the Ministry of Commerce (MOFCOM) of China and the United Nations in China jointly launched on Tuesday the book Excellence in Poverty Reduction - Case Studies on Four Decades of China-UN Collaboration.

The launch was co-chaired by Zhang Shaogang, Director General of the Department of International Trade and Economic Affairs of MOFCOM, and Nicholas Rosellini, United Nations Resident Coordinator in China.

Over 50 people attended the event, including representatives from the United Nations, including UNICEF, UNFPA, FAO, UN Women and UNIDO, the writing team consisting of Chinese and international experts, and other invited guests.

The book summarizes the experience and achievements in poverty reduction between China and the UN, aiming to share these development experience and stories with the international community.

Zhang noted in his speech that this year marks the 70th anniversary of the founding of the People’s Republic of China and the 40th anniversary of the development cooperation between China and the UN. Over the past decades, China has made remarkable achievements in economic and social development, and in improving people’s living standards. All UN agencies have contributed to China’s development, especially in terms of tackling with multidimensional poverty. China’s achievement in poverty reduction has contributed to global development and offered hands-on experience and knowledge to the world. China’s development cannot be achieved without the world, and the world needs China to reach poverty reduction goals.

Nicholas Rosellini noted that the book illustrated the journey of UN-China collaboration on poverty reduction efforts. As a trusted, long-term development partner, the UN is committed to supporting China’s continued domestic development journey as China walks the last mile to eliminate absolute poverty in rural areas, as well as to support the sharing of this experience with other developing countries.