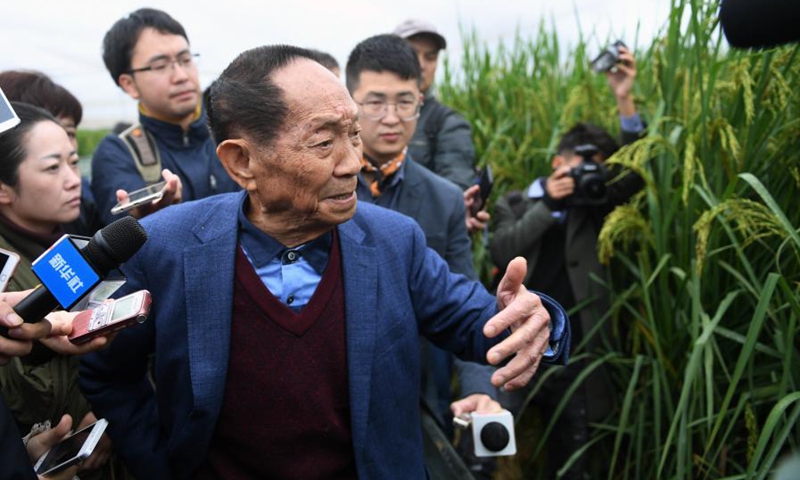 UNITED NATIONS, May 24 (Xinhua) -- UN Secretary-General Antonio Guterres on Monday offered his condolences to the family of Yuan Longping, a renowned Chinese scientist for hybrid rice.

Yuan, born in September 1930, died over the weekend.

Asked about the secretary-general's comment on the passing of Yuan, Stephane Dujarric, spokesman for Guterres, said: "I can tell you that we join others from the UN system who have expressed our condolences to his family and also honor the momentous work that Professor Yuan did throughout his life, which helped billions and billions of people improve their food security."

"Food security is an issue that remains on top of the global agenda. We all should be honoring his work," said Dujarric.

Having spent over five decades in hybrid rice research, Yuan, an academician with the Chinese Academy of Engineering, had helped China work a great wonder -- feeding nearly one-fifth of the world's population with less than 9 percent of the world's total land.

Yuan succeeded in cultivating the world's first high-yielding hybrid rice strain in 1973, which was later grown on a large scale in China and other countries to substantially raise output. For the next four decades, he continued to research and upgrade hybrid rice, which has reached its third generation.