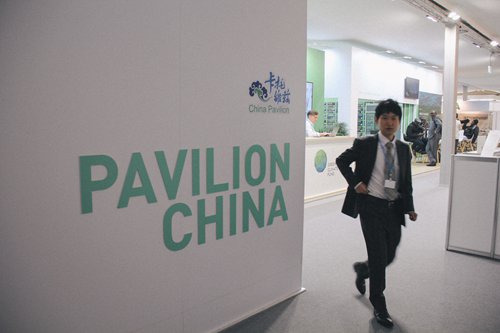 The UN Climate Change Conference (COP24) opened on Monday in Katowice, Poland with all parties making efforts to finalize the implementation guidelines for the Paris agreement.The conference would also review China's efforts on climate change management.The conference hopes to finalize the implementation guidelines for the Paris Climate Change Agreement.UN Secretary-General António Guterres said at the opening ceremony that "Katowice must ensure that the bonds of trust established in Paris will endure. Incredible opportunities exist if we embrace a low-carbon future and unleash the power of the Paris Agreement."He quoted a recent New Climate Economy report that ambitious climate action could yield 65 million jobs and a direct economic gain of $26 trillion compared with business as usual over the next 12 years.The Chinese group has around 90 members, the Ministry of Ecology and Environment told the Global Times.On Sunday, the China Pavilion was undergoing the finishing touches.  From Tuesday to December 14, 25 events will be held at the China Pavilion to promote the country's actions and achievements in climate change management.Aside from official activities, Chinese organizations will also hold side events.For instance, the Belt and Road Green Development Partnership of the Greenovation Hub based in Beijing is hosting conferences and events on BRI green development and climate governance."In helping developing countries achieve sustainable development and climate goals, we hope to work on upgrading China's goal and international cooperation in dealing with climate change," Liu Xiulan, a researcher from Greenovation Hub, told the Global Times on Sunday.Yu Yue, a postgraduate student on environment at the Shanghai-based Tongji University and student observer at the conference, told the Global Times on Sunday that she would pay attention to such issues as glacial ablation in Antarctica and the carbon emission trading market."We saw the intense negotiations on Sunday morning over the Paris Agreement," Yu said.  "I am looking forward to the upcoming events," Yu added.