GENEVA, Aug. 14 (Xinhua) -- The spokesperson for the Office of the United Nations High Commissioner for Human Rights (OHCHR) made a wrongful statement on Hong Kong that contradicts the facts, the Chinese Mission to the United Nations (UN) at Geneva said on Tuesday. 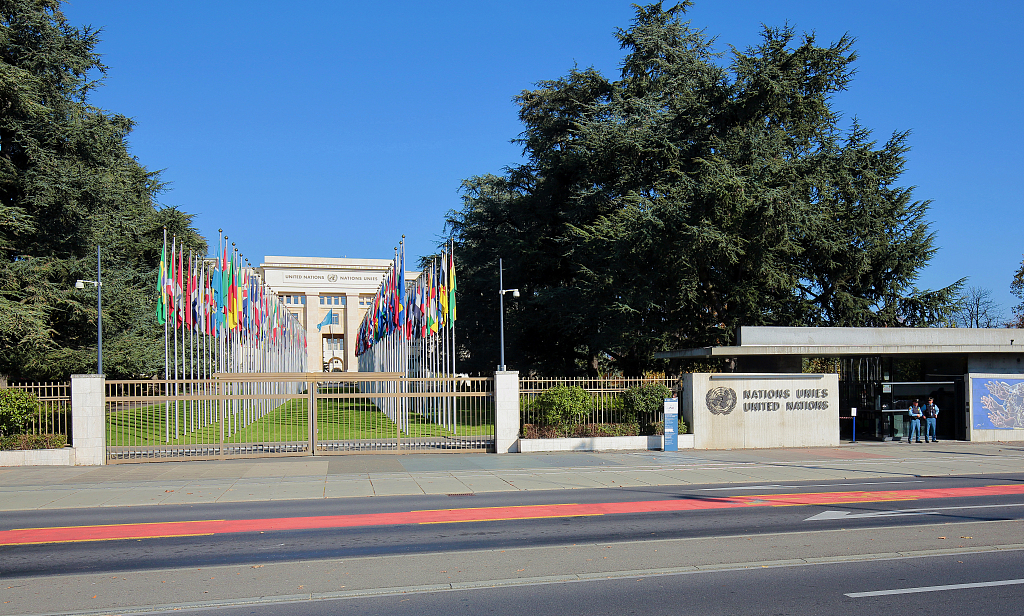 In a Spokesperson's Remarks issued Tuesday afternoon, the Chinese mission said that the UN rights body's statement interferes in what is happening in Hong Kong, which is China's domestic affairs, and sends the wrong signal to the violent criminal offenders.

The OHCHR on Tuesday issued a statement on the situation in Hong Kong during a regular press briefing here in Geneva.

"Demonstrations in Hong Kong have recently taken a violent turn as some radical mobsters deliberately perpetrated violence. Their behavior has nothing to do with peaceful demonstration," the Chinese mission said.

"We take note the High Commissioner condemns any form of violence or destruction of property," it added.

The Chinese mission stressed that the police force is the backbone of Hong Kong's public order and rule of law, and the Chinese central government firmly supports Chief Executive Carrie Lam and the Hong Kong Special Administrative Region (SAR) government in discharging their duties in compliance with the law.

"Hong Kong is Chinese territory; Hong Kong's issues are China's domestic affairs that are not subject to the intervention by any country, organization, or individual," the Chinese mission said.

According to the Chinese mission, at the moment, the most pressing thing to do in Hong Kong is to stop violence and turmoil and restore public order.

The real question, it said, is whether the rule of law should be upheld and violence condemned, which is not a human rights issue in any sense.

Urging the OHCHR to abide by the purposes and principles of the UN Charter and act in a fair and objective way, the Chinese mission said the UN rights body should immediately stop interfering in the affairs of Hong Kong.

"It should stop making irresponsible comments on the act of justice of the Hong Kong SAR government and police force in upholding the rule of law and public order, and correct its wrongful approach which amounts to a covert indulgence and support of violence and criminal offenses," the Chinese mission said.