CHINA UN Secretary-General: The world will benefit from BRI

UN Secretary-General: The world will benefit from BRI 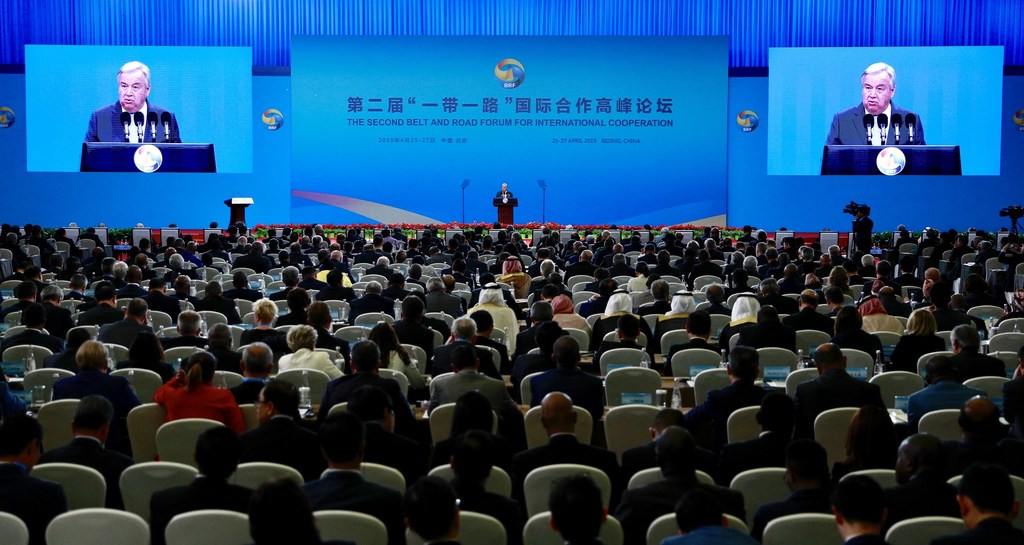 UN secretary-general Antonio Guterres at the opening ceremony of the Second Belt and Road Forum for International Cooperation held in Beijing on Friday. (Photo: UN)

"The world will benefit from a Belt and Road Initiative that accelerates efforts to achieve the Sustainable Development Goals (SDGs)," said UN secretary-general Antonio Guterres at the opening ceremony of the Second Belt and Road Forum for International Cooperation held in Beijing on Friday.

He believed that with the scale of its planned investments, the initiative offers a meaningful opportunity to contribute to the creation of a more equitable, prosperous world for all, and to help reverse the negative impacts of climate change.

This initiative can also help close significant financing gaps, especially in the developing world. In particular, it can help fulfil the need for about $1 trillion for infrastructure investments in developing countries.

It also should be seen as an important space where green principles can be put into action.

"Inequality, the climate crisis, and the potential risks of globalization and the Fourth Industrial Revolution are creating deep levels of public anxiety," said Guterres.

"But while we face extreme challenges, we are also seeing promising trends. China's leadership on climate action is helping to show the way," said the secretary-general.

New renewable energy jobs in China now outnumber those created in the oil and gas industries. In 2017, China invested over $125 billion in renewable energy, an increase of over 25 percent more than the previous year. China's new cutting-edge transmission line that sends electricity along a pathway 600 miles longer than anything built to date is also a further potential boon for renewables, Guterres added.

To better address these challenges, the Secretary-general called for joint efforts to achieve two central objectives: a quantum leap in the mobilization of resources available for the developing world to implement the SDGs; and the capacity to stop runaway climate change.

Guterres said that UN is poised to support the alignment of the Belt and Road Initiative with the SDGs, to share knowledge, and to make the most of the opportunities of this large-scale initiative for maximum sustainable development dividends.