DALIAN -- Construction of an undersea tunnel was completed on Thursday in Dalian Bay, which accommodates a two-way six-lane urban expressway through the sea area in the city of Dalian, Liaoning province. 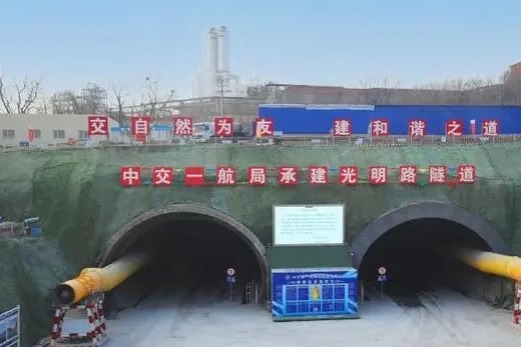 The subsea tunnel, the first of its kind in the North China region, consists of 18 tubes, each 180 meters long and weighing about 60,000 tonnes. The 5.1-km expressway through the tunnel has a designed speed of 60 km per hour.

"The final joint, as the transitional structure between the undersea tunnel and the onshore section, is the key to the project," said Wang Dianwen, manager of the Dalian Bay cross-harbour tunnel project of the No 2 Engineering Company Ltd of CCCC First Harbor Engineering Co Ltd.

The tunnel will be open to traffic next year when it will add a north-south fast track alleviating traffic congestion in the port city of Dalian.