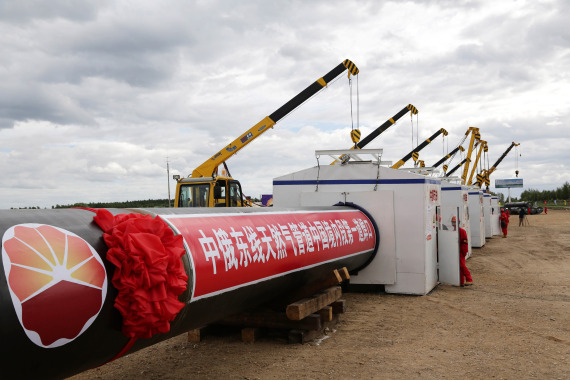 This underwater shield crossing project passes through the Heilongjiang River along the Sino-Russian border. The workers had to overcome challenges such as extremely cold weather and complicated landforms to complete the project.

The project was completed as scheduled with high quality, the inspector SGS S.A. said, after going through the entire process together with China Petroleum Pipeline Engineering Co., Ltd., the Chinese constructor.

The 3,371-km-long Chinese section of China-Russia east-route natural gas pipeline starts in Heihe and terminates in Shanghai. Construction began in June 2015 and will be completed in 2020.

The Russian part of the pipeline, which started construction on Sept. 1, 2014, will link the Kovyktin and Chayandin gas fields in Siberia with the eastern port city of Vladivostok, covering a total distance of nearly 4,000 km.

Upon completion, the pipeline is expected to provide China with 38 billion cubic meters of natural gas from Russia annually.