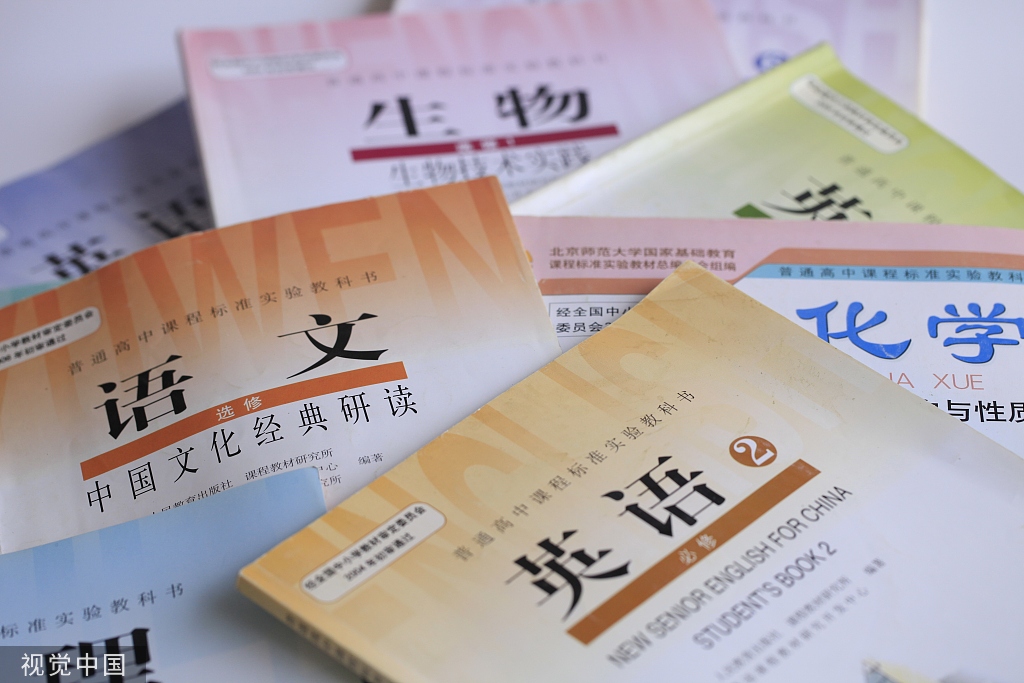 When Chinese students enter high school in September, many of them will receive new unified textbooks in politics, history and Chinese language, the Ministry of Education said on Tuesday.

The ministry has spent two years compiling the first nationwide unified textbooks that will be used by first-year high school students in Beijing, Tianjin, Liaoning, Shanghai, Shandong and Hainan, Tian Huisheng, director of the ministry's Department of National Textbooks, said at a news conference.

Other regions will gradually incorporate the new textbooks in their curricula until all high school students are using them by 2022, Tian said.

Wen Rumin, editor-in-chief of the Chinese language textbook and professor at Peking University, said that to put more emphasis on traditional values, the new textbooks have added many traditional Chinese articles and poems－67 in total－accounting for nearly half of the articles in the books.

It also includes more than 10 foreign classic articles as well as those reflecting China's achievements, he added.

Zhang Haipeng, editor-in-chief of the history textbook and researcher at the Chinese Academy of Social Sciences, said the new textbooks ensure the students gain a strong sense of value in upholding national sovereignty, territorial integrity and ethnic unity.

The textbook emphasizes that the Tibet and Xinjiang Uygur autonomous regions, Taiwan and the South China Sea islands are historical and inseparable parts of China, he said.

As textbooks have always been a focus of public concern, Wen said that they welcome suggestions and criticism.

"We take public suggestions very seriously, and we will make corrections to the textbooks when the suggestions are reasonable and can improve the textbook," Wen said. "We will also clarify possible public misunderstanding of the textbook.

"When there are disagreements about the textbook, we will communicate and consult with experts and only put the views that reflect common understanding in the textbook."