After suspension of nearly two months, Universal Beijing Resort resumed operations on Saturday, albeit at limited capacity. Platform data showed that bookings for the theme park outpaced all other theme parks in China, underlying the popularity of the resort as well as the accelerated recovery of the tourism sector in Beijing after the virus was brought under control.

Along with its classic background music, the resort formally reopened at 9:35 am. In spite of scorching hot weather in Beijing, groups of tourists wearing face masks, sun protective clothes and even carrying umbrellas swarmed into the giant park.

Though operating at a limited capacity, long lines quickly built up for some outdoor rides, with visitors spending about 10 to 20 minutes queuing up. A staff member at the resort told the Global Times that there were about 4,000 visitors on Saturday. 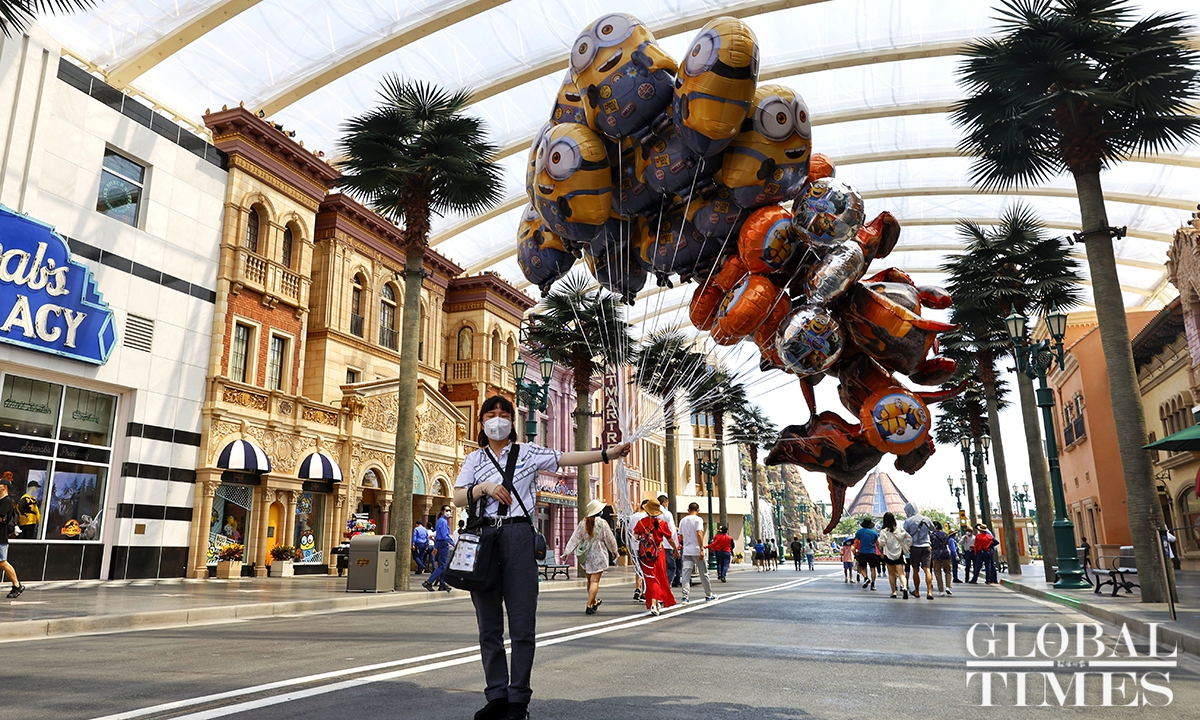 In line with current epidemic prevention and control requirements, all guests are required to provide a 72-hour negative nucleic acid test result, present their Beijing Health Kit and personal ID, as well as comply with a quick temperature check before entering the park.

A total of 22 large-scale temperature screening machines are stationed in main entrances with over 80 smart machines checking visitors' Health Kit, so as to effectively shorten the time needed for checks and minimize the risk of spreading the virus, local media outlet Beijing Daily reported on Saturday. 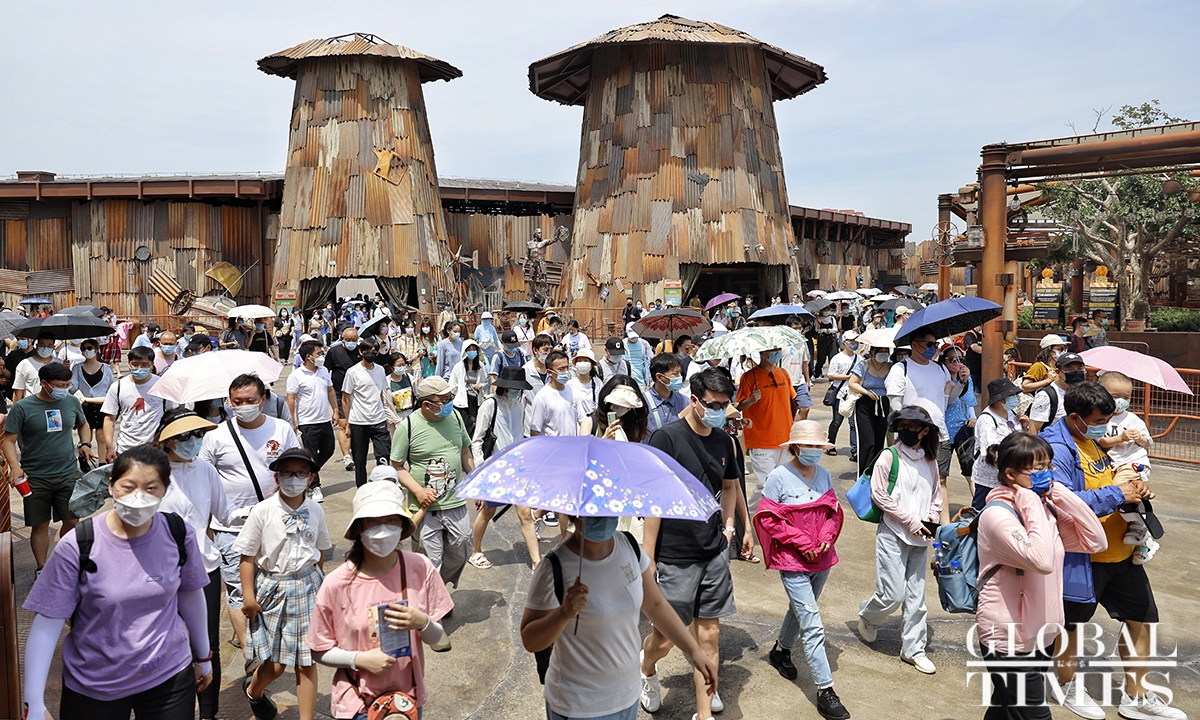 Opened in September 2021, the resort is a major foreign-investment project in the service industry in the capital city, expected to boost the position of Beijing as an international consumption center.

Online searches and bookings for the resort on domestic online travel platform Qunar ranked No.1 among all themed parks across the country as of Saturday, according to data sent to the Global Times.

Most patrons were family groups, with child tickets accounting for around one-third of all bookings. As the college and high school entrance exams were over, the number of bookings for Universal Beijing Resort was expected to climb further, according to Qunar. 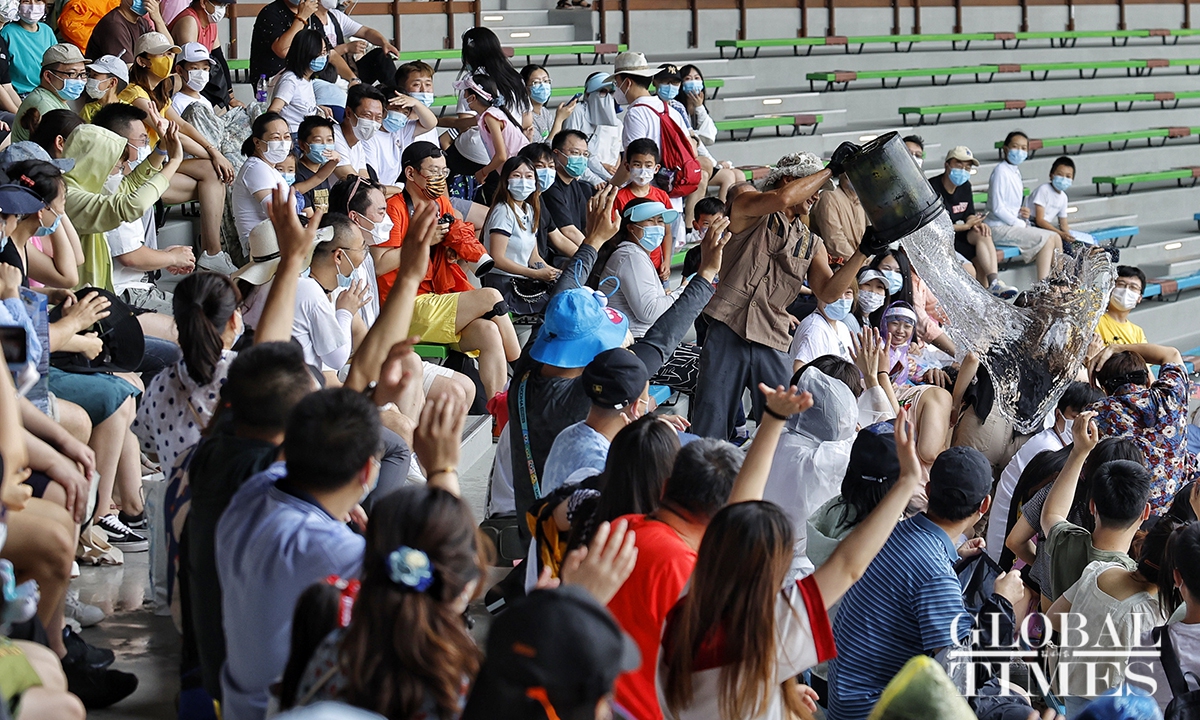 The reopening of Universal Beijing Resort coincides with the coming summer travel season in China, centered mainly on students and their parents.

"With the improvement in epidemic situation, long-constrained tourism demand is about to be fully released during the summer holiday," Fang Zeqian, an industry analyst with online travel booking platform Trip.com was quoted as saying in a press release sent to the Global Times on Saturday.

Meanwhile, the resumption of inter-provincial travel has injected strong momentum to the recovery of the country's tourism economy. According to data from Trip.com, bookings for inter-provincial group tours surged 291 percent week-on-week by Tuesday, while the average number of daily bookings for air tickets + hotels in June has surpassed that seen the same period last year.