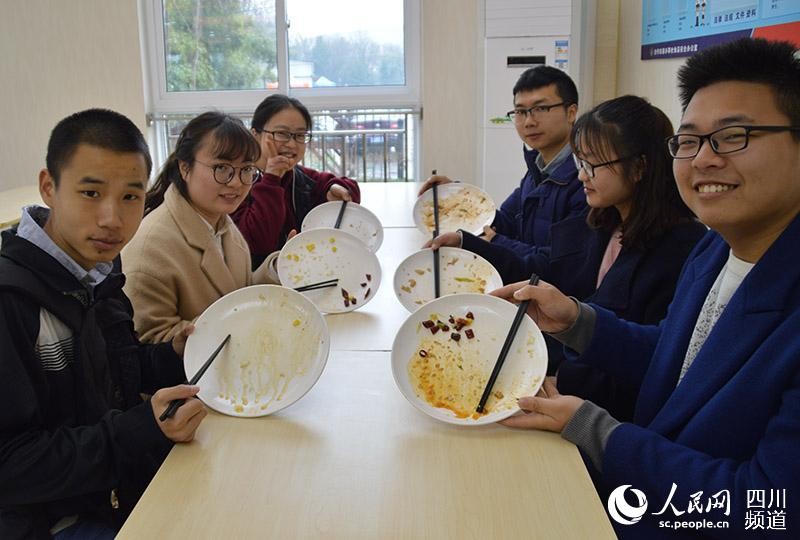 Westlake University in Hangzhou, East China’s Zhejiang Province has carried out a “clear your plate campaign.” In the canteen, students are reminded to take a decent serving and avoid waste.

“Teachers should lead by example during the campaign,” says Li Juan, a teacher of Zhejiang International Studies University (ZISU). 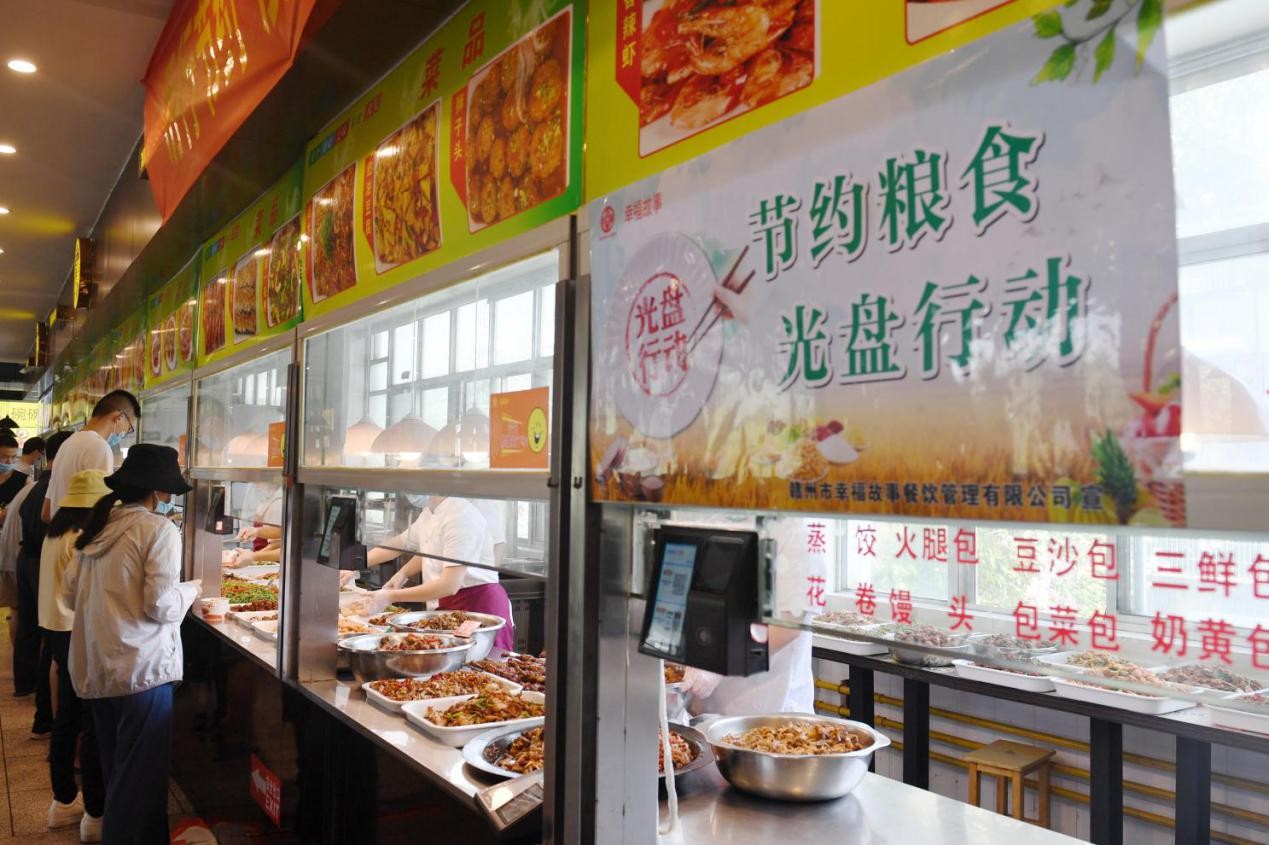 Thriftiness and opposing waste are values being fostered at ZISU.

“We promote thriftiness and healthy lifestyles and we advocate taking food moderately,” says Zhao Qingrong, a member of the Communist Party of China (CPC)  Committee and vice president of ZISU.

In the canteen of NingboTech University, slogans like “frugality should go hand in hand with life” and “no matter how much wealth we have, we should put an end to waste” are pasted on the dining table.

“Slogans that arouse resonance are able to convey the virtue of thriftiness,” says the head of the publicity department at the university. 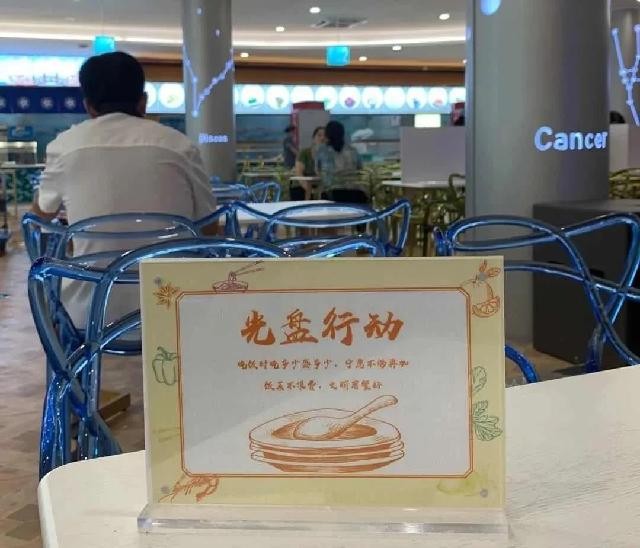 Zhejiang Ocean University made more than 1,000 posters to advocate thriftiness.

“You can get one stamp after clearing your plate. When you collect 68 stamps, you can exchange for a set of hand-painted school anniversary postcards,” says Qi Chaohua, an NCHU student. 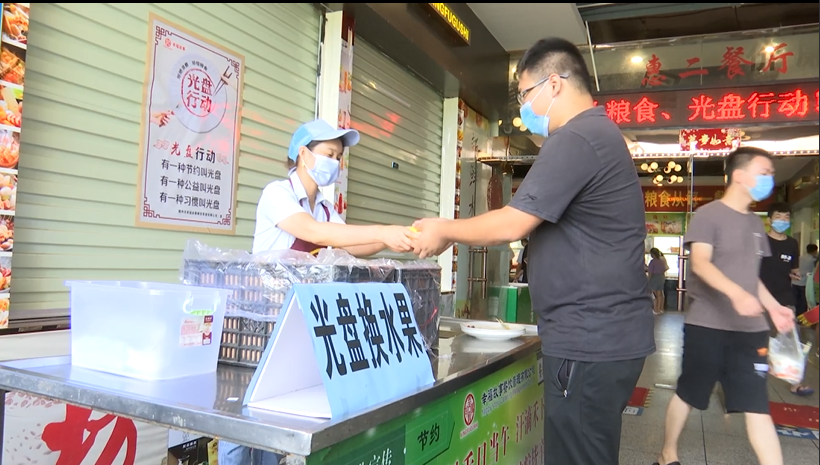 To prevent waste, a university canteen in East China’s Jiangxi Province offers free fruit for dessert to students who eat all the food on their plates. (Photo: Jiangxi University of Technology)

Since the launch of the “clear your plate campaign,” daily average food waste in the school has decreased 53 percent compared with the same time last year and the figure is continuing to decrease, according to Luo Xiaochang, director of the university’s logistics department.

After the new term begins in September this year, NCHU will recruit 680 college students as campaign supervisors and continue to foster a campus environment of saving food.