University for seniors in short supply

By the end of 2018, China had more than 250 million people aged 60 and above, and with the improvement of living standards, many elderly people take courses at universities designed for seniors. 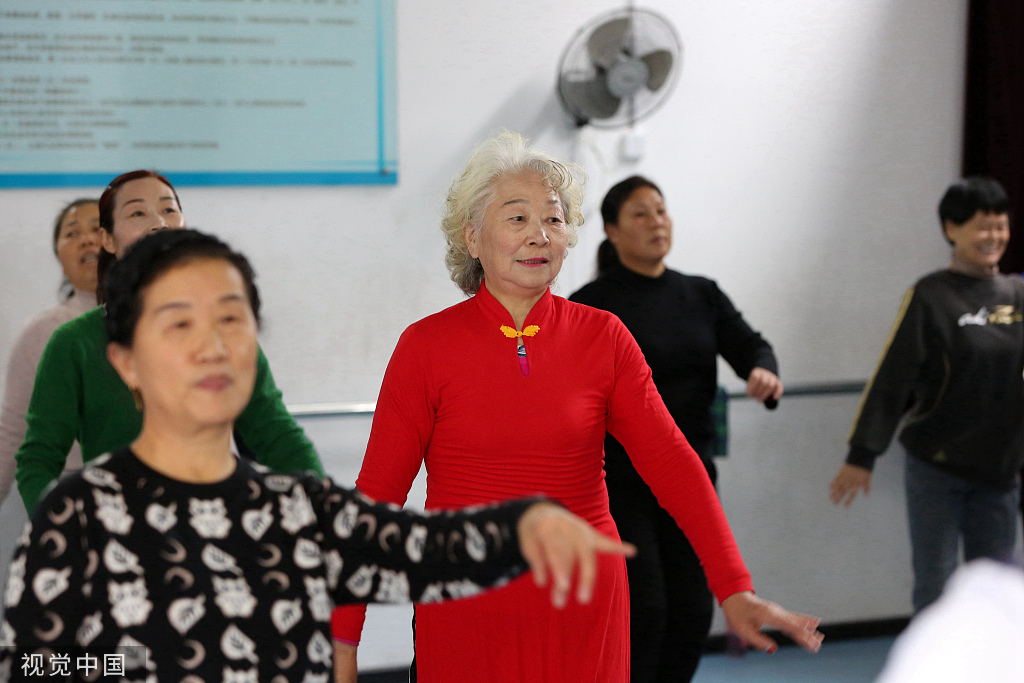 But with more senior citizens wanting to study at community universities due to their low cost, abundant content and proximity to home, it's becoming difficult to find a seat.

Queuing to sign up for courses and staying up late to take a seat in a classroom have become commonplace during enrollment season at many colleges, Xinhua reported on Tuesday.

In fact, the demand for a seat at senior citizen universities in a number of regions far exceeds the supply.

At Chengdu Senior Citizens University in Southwest China's Sichuan province, more than 20,000 people applied for courses in the new semester, while the headcount was set for about 2,000. In Shanghai, some local universities saw people waiting in lines at 3 and 4 o'clock in the morning.

Chen Li, a student at Dongchen District Senior Citizens University in Beijing, said she failed to enroll at the university last year, but managed to find a seat this year.

"There are still a lot of people out there who wish to attend courses and are qualified to sign up, but since the classrooms are now full, they have to wait. Every spring and autumn before the new semester begins, people wait in queues as long as 10 meters to get registered or to make an enquiry," she said.

"I attend class once a week, and the tuition fee is inexpensive - each session costs 10 yuan ($1.40) on average," Xu said. According to Xu, her university is very popular among the elderly, and nowadays, the school only accepts online applications, so people don't have to wait in lines.

To the elderly, attending university is usually not about acquiring professional skills or a diploma, but a way to keep in touch with society and bring some color to their lives.

Universities for the elderly started to emerge in the 1980s. Initially targeted at retired cadres in the nation, the colleges were later opened to all seniors.

Statistics from the China Association of the Universities for the Aged show that there are 76,000 senior citizen universities and over 13 million senior students - long-distance education included - in China.

But compared to the nation's overall senior population of 250 million, the shortage of such universities is prominent.

According to Zhang Xiaolin, the president of the association, at present, the majority of senior citizen universities are in cities, and most students are retired cadres and professionals. At the same time, less developed and remote regions suffer a lack of educational resources for seniors.