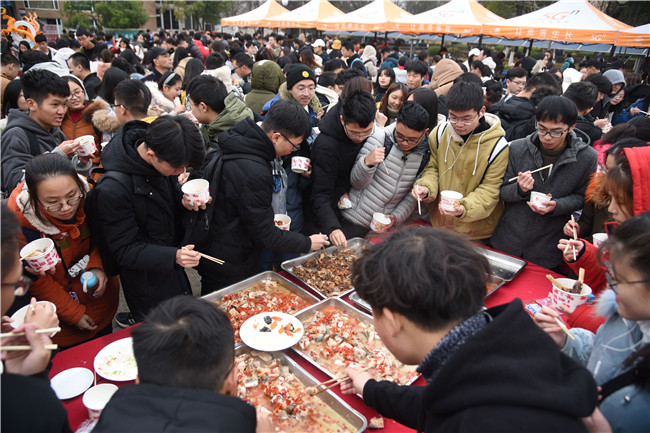 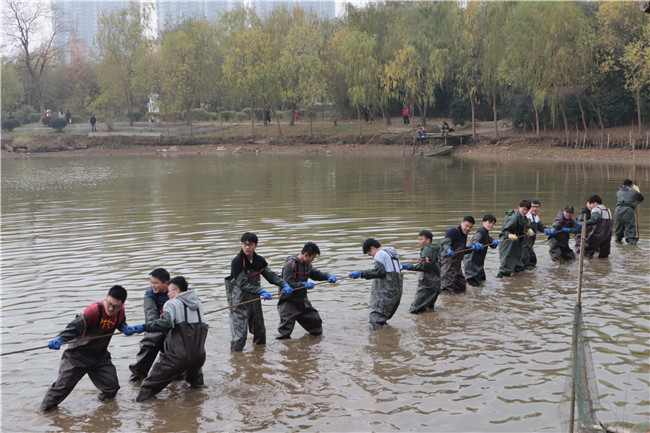 With the help of seasoned fishermen and chefs, hundreds of students caught and cooked catch from the campus lake. Reportedly over 20000 kg of fish was caught to satiate the appetites of students and faculty members. 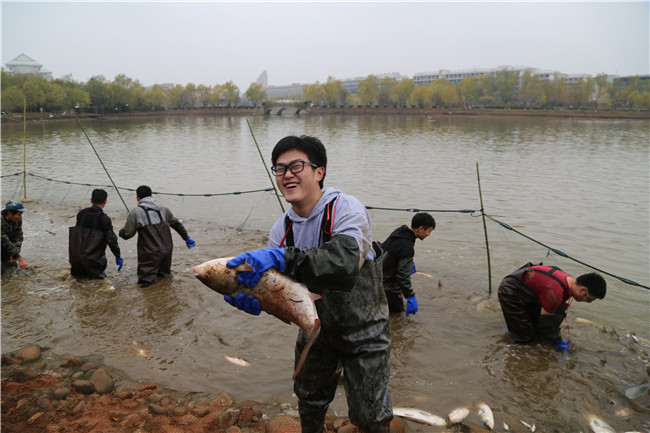 Wu Shijun, freshman from School of Information Science, caught the “Fish King,”which weighed 6.65 kg. “We are so happy to have an opportunity to catch and cook fish ourselves. It is a heartwarming memory in the chilly winter.” he said. 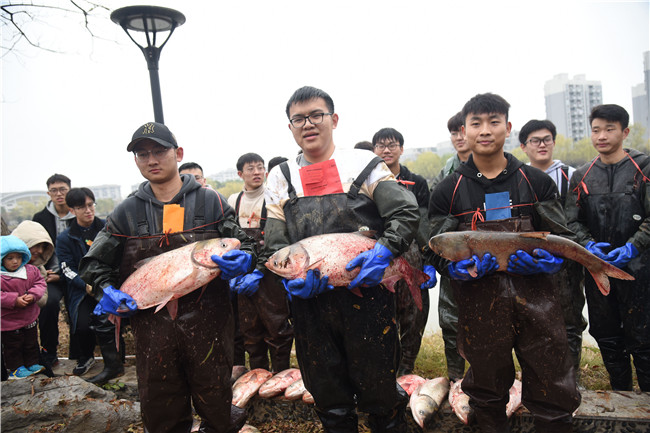 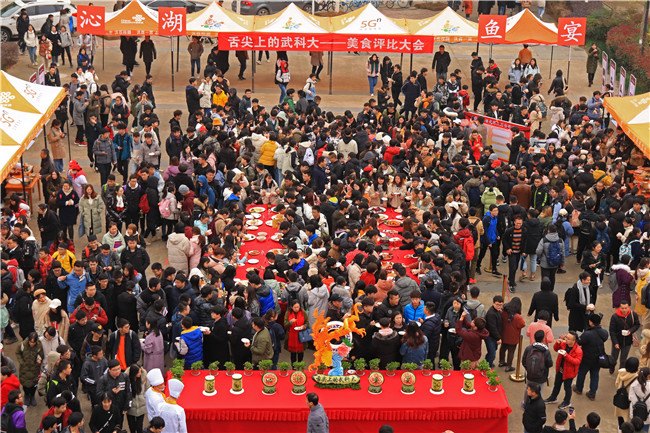 The "Fish Feast", which has been held for five consecutive years, falls around Dongzhi, the Chinese festival to mark the Winter Solstice. Besides fish delicacies, People in north China usually eat ear-shaped dumplings to protect ears from frostbite while glutinous rice balls are consumed in the south. (Compiled by Shen Feng)