CHINA Unmanned farms the focus of next 5 years

Unmanned farms the focus of next 5 years 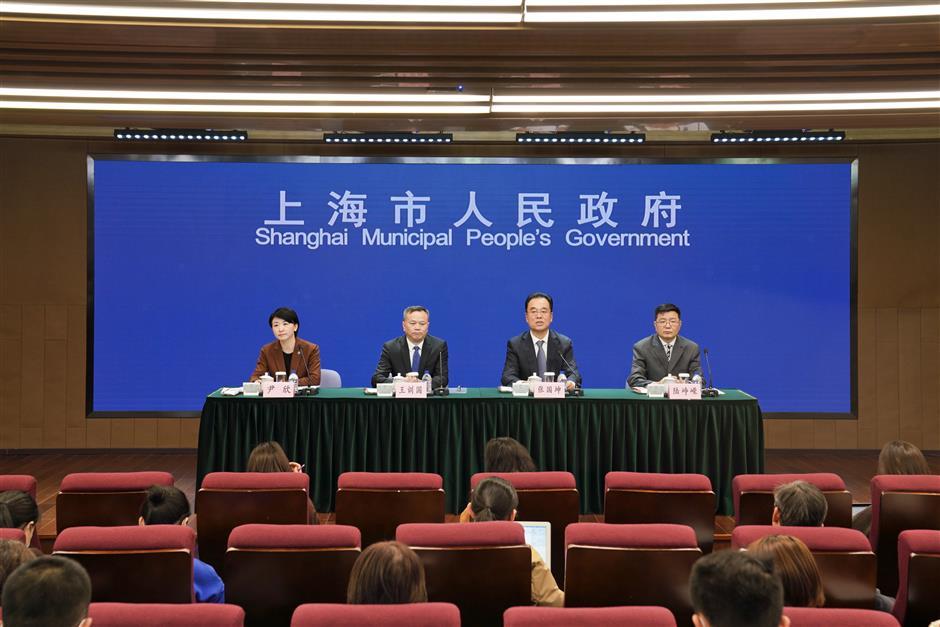 A five-year plan for local agricultural development is released during a news conference on Tuesday. (Photo: SHINE)

The city’s agricultural commission said on Tuesday it will focus on the development of unmanned farms over the next five years.

It was responding to the digital transformation ambitions released by the Shanghai government last week.

Around 100,000 mu (66.7 square kilometers) of unmanned farms for growing grain and vegetables are to be established in the city.

“It is effective to ensure the supply of the food because machines can work day and night,” said Zhang Guokun, director of the Shanghai Agriculture and Rural Affairs Commission.

“Daily agricultural data, such as cultivated area and the amount of pesticide spraying, can be collected through the unmanned machines for better management.”

The city’s first such farm has been in operation since November last year in Jiading District. Over 200 mu of rice fields have been managed by unmanned machines, including cultivating and harvest.

How the agricultural products are, as well as the quality of pig, cattle and poultry, will be based on the data, instead of a certification mark, Zhang said.

A group of highly educated farmers and farm managers will be formed to cope with the high-tech development of agriculture.

The number of managers to analyze agricultural data, manage farmers and enhance customer relationships will increase from 200 to 500, with over 70 percent owning college degrees or above, said Lu Zhengrong, deputy director of the commission.

Some 5,000 more farmers will be trained to operate advanced agricultural machinery and standardized cultivation, rising from 20,000 to 25,000.

The plan also says 13 distinctive agricultural areas for sustainable development will be developed in local districts according to their strong points. For example, an industrial area for high-class rice will be established in Songjiang District because the rice there is famous, listed in the China Agricultural Brand Catalog in 2019 with other 299 products from other places in China.

Other industrial areas include a vegetable area in the Pudong New Area, a domestic animal area in Chongming District and a peach area in Fengxian District.

To satisfy the demand for rural tourism, 10 tourist routes will be issued soon and related standards of customer services worked out.

“More people, especially after the COVID-19 pandemic, are willing to enjoy their rest time in local suburban areas, rather than in some other places outside the city,” Zhang said.