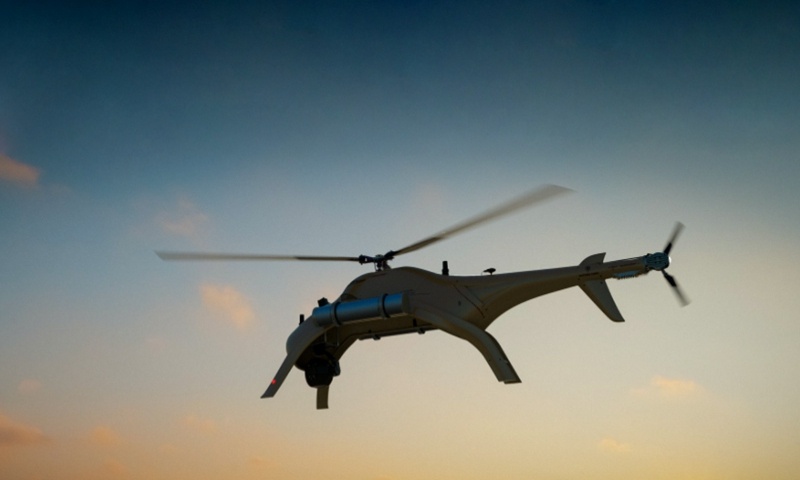 The most cutting-edge Chinese self-produced unmanned helicopters were recently equipped to People's Liberation Army (PLA) Tibet Military Command troops at the border with India. The command had ordered smart weapons and customized equipment - from portable oxygen generators to a multi-purpose dining car  - from 22 domestic manufactures, CCTV reported on November 3.

The long-endurance unmanned helicopter Ranger P2-X is Ziyan's latest frontier land and maritime defense reconnaissance model. It has the advantages of great maneuverability, strong wind resistance, modular design, two-minute fast disassembly and easy deployment. It can carry out long-endurance reconnaissance over the target in quiet state, and is suitable for extreme flight in small areas such as mountain areas.

As early as July 2018, the Ziyan series unmanned aerial system has been used for border patrol and surveillance in the plateau with an altitude of more than 3500 meters. During a test of its training mission, Parus, the small reconnaissance unmanned helicopter from Ziyan, successfully took off from an altitude of 4,000 meters and flew to an altitude of 7,000 meters.

In 2019, Ziyan had successfully participated in the 'Centre 2019' military exercises held in Russia with the involvement of seven nations. And Blowfish was the only Chinese-made small unmanned helicopter in the exercise.

Unmanned helicopters have frequently joined highland operations in recent years. As a small portable piece of equipment, Ziyan UAS is more suitable for the plateau geographical environment, and it is the only product with a self-developed and self-adaptive speed control algorithm system that was only featured in US-based Boeing's product. It can maintain the most effective speed and efficiency in flight to expand its maximum endurance and flight range, according to the company.