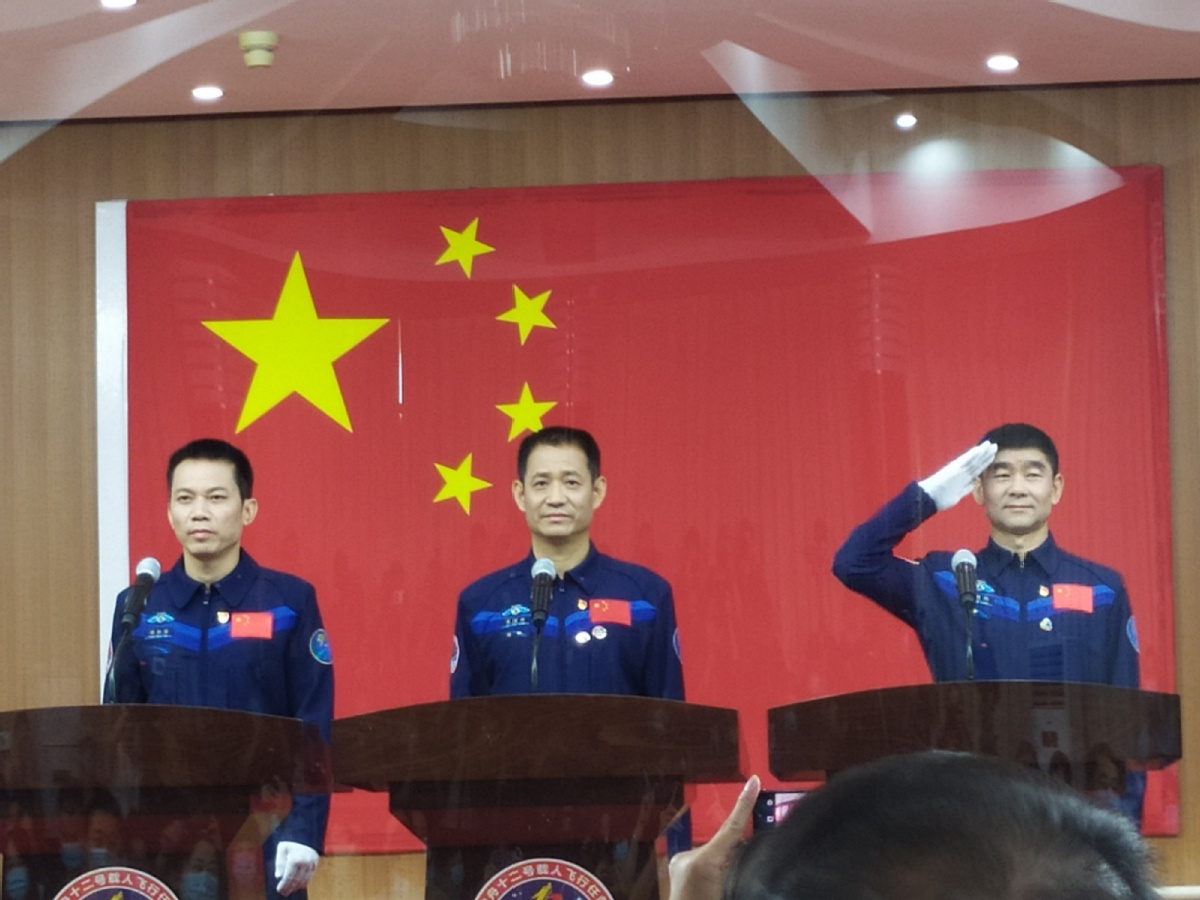 Astronauts on the upcoming Shenzhou-12 mission have undergone intensive training in planned extravehicular activities, commonly known as spacewalks, according to Liu Boming, a member of the crew.

"Compared with the Shenzhou-7 mission, extravehicular operations on this coming mission will be much longer and more sophisticated, and I believe that there will be difficulties and challenges," Liu said at a meeting with reporters at the Jiuquan Satellite Launch Center in Inner Mongolia on Wednesday morning, one day before departure.

"So, we've received comprehensive, systematic and stringent training, including how to respond to emergencies and malfunctions," he said, adding that the crew will work to make each extravehicular task a success through cooperation, and with the support of ground control.

Liu took part in the three-day Shenzhou-7 spaceflight in September 2008 with Zhai Zhigang and Jing Haipeng. Liu and Zhai conducted the first, and so far the only spacewalk, Chinese astronauts have undertaken.

During the operation, Zhai remained outside the spacecraft for about 15 minutes, while Liu remained half in and half out of the craft for several minutes, as he assisted Zhai.

"It was a great honor to take part in the country's first spacewalk," Liu recalled. "We had difficulties, but we were determined to accomplish our task and wave the national flag in outer space, no matter what."

Tang Hongbo, who will embark on his first trip to space, said at the meeting that he has been undergoing demanding training for 11 years and has passed through many rounds and tests to qualify for the Shenzhou-12 mission.

"This will be my first mission, so I do feel the pressure," he told reporters. "But I'm convinced that will translate into motivation, and our confidence is a guarantee of success."

The crew will unite and work hard to build China's space station, which Tang called a "home in the space for the Chinese nation", adding that he is looking forward to seeing his "beautiful motherland and hometown" when the craft flies over China.