Urumqi may return to normal life in three or four weeks, expert said amid new infections 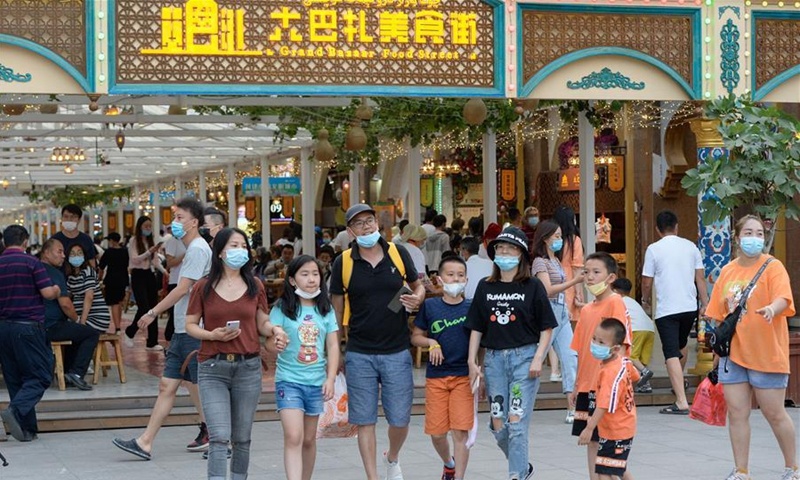 Urumqi, the capital city of Northwest China's Xinjiang Uygur Autonomous Region, is expected to return to normality after three to four weeks, a renowned Chinese infectious disease expert said, as the city saw another 13 confirmed COVID-19 cases on Saturday.

Zhang Wenhong, the outspoken Shanghai-based infectious disease expert, made the comments on Saturday via his personal Sina Weibo account. Zhang said this is the result of a swift response, precise anti-epidemic measures and the resolution of clear new confirmed cases.

As of Sunday, Xinjiang reported a total of 30 confirmed COVID-19 cases and 41 asymptomatic infections, all of whom are from the capital city Urumqi. There are a total of 2,705 people currently under observation.

Urumqi has entered a "wartime mode" with all local residential communities put under "sealed-off management", while all kinds of gatherings have been banned in face of a resurgence of COVID-19.

Local authorities in Xinjiang have launched an emergency response plan, and have carried out a full epidemiological investigation to trace transmission paths to make sure no one has been missed. 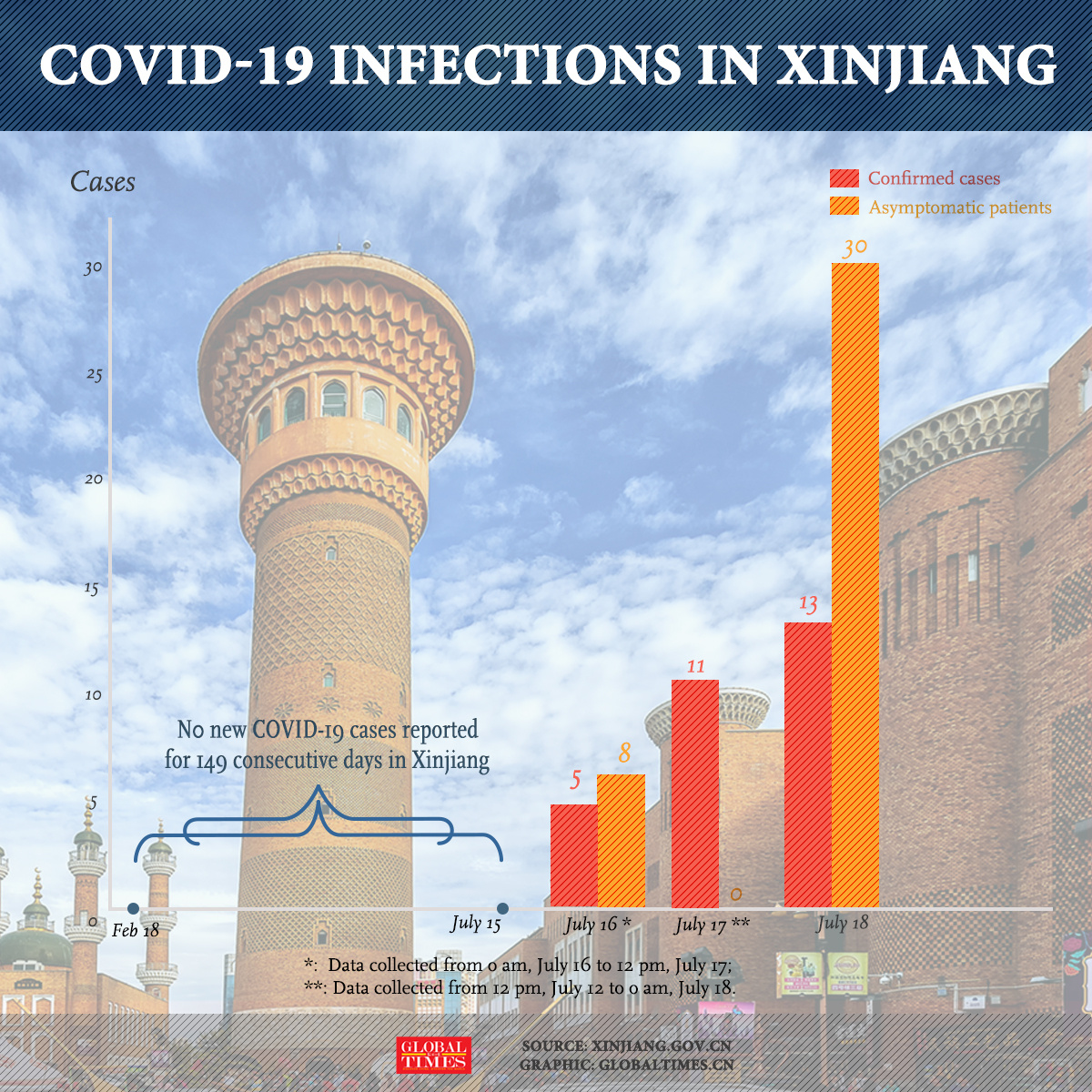 Nearly 90 percent of flights in and out of Urumqi were cancelled on Friday after the new COVID-19 cases were reported. To improve the city's nucleic acid testing capacity, the National Health Commission arranged for 10 nucleic acid testing teams in 10 provinces and cities to go to Urumqi, made up of more than 200 people.

Zhang said the presence of regional small-scale clustered infections is normal, but once there was an outbreak, both the Beijing municipal government and Xinjiang regional government, acted swiftly, launching large-scale screening and tracking all related people through an epidemiological investigation.

Behind this proactive, rapid and precise prevention and control is the determination of the Chinese government to "continue to approach zero cases," Zhang said.

Zhang said that although sporadic infections would exist, China has never stopped its exploration of finding the best solution. China's method of clearing new cases by expanding tests could serve as a contribution to the international community as it seeks to find solutions to the crisis.

Unlike Beijing and Urumqi, the Hong Kong Special Administrative Region (HKSAR), which has seen about 20 to 40 cases every day, had been adopting a strategy of only treating those who showed symptoms. The HKSAR did not expand its testing or launch large-scale screening like Beijing did after the first case was found.

Zhang believed this is due to the HKSAR's concept of controlling the epidemic "at a low level," rather than "clearing infections." Under such measures, the use of short-term medical resources is relatively low, but the "social and economic costs" caused by the long-term fluctuations of the epidemic may be higher, Zhang noted.

On Saturday, HKSAR reported 64 confirmed COVID-19 cases, but authorities were unable to find the origin of infection for 35 domestic cases.