CHINA US a 'coercion' expert, China says as it refutes Pompeo's claim

US a 'coercion' expert, China says as it refutes Pompeo's claim 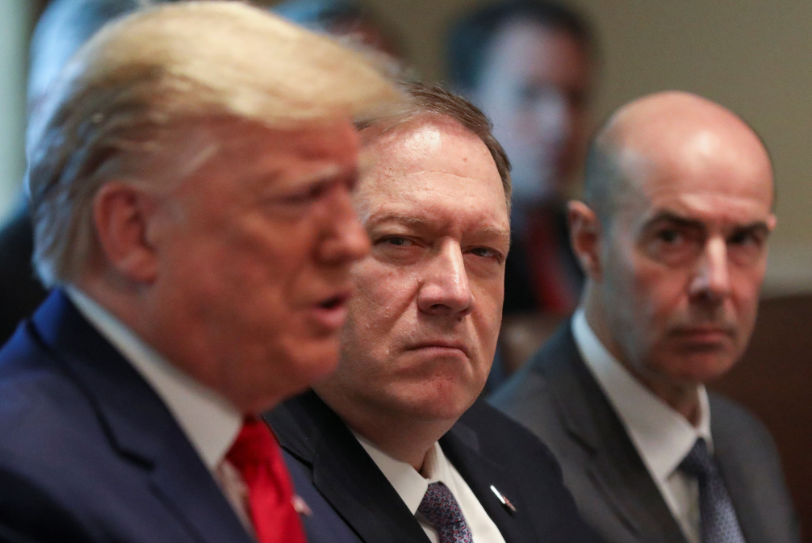 The US Secretary of State Mike Pompeo (C) listens with other administration officials as President Donald Trump (L) speaks during a cabinet meeting at the White House in Washington, US, October 21, 2019. (Photo: CGTN)

China on Wednesday rejected US accusations of "coercion and corruption," saying these words best describe Washington.

"China is a responsible major country that never seeks hegemony or coerces others to reach its goals. Instead, it is a common consensus that the words best describe the US," a spokesperson for China's Ministry of Foreign Affairs Hua Chunying said at a press conference on Wednesday.

Her remarks were in response to US Secretary of State Michael Pompeo who said China is "a strategic competitor that uses coercion and corruption as its tools of statecraft," at the Heritage Foundation Annual President's Club Meeting on Tuesday.

Hua noted that "China's remarkable achievements made in fighting against corruption and advancing strict governance of the Communist Party of China (CPC) have received wide recognition from the public as well as respect and admiration from the international community."

The US is well-known for its "money politics," Hua said, noting that the US Congress is captured by conglomerates and special interest groups.

"A lie will not become truth even if you tell it a thousand times," Hua stressed, urging the US to focus on solving its domestic problems instead of blaming others.