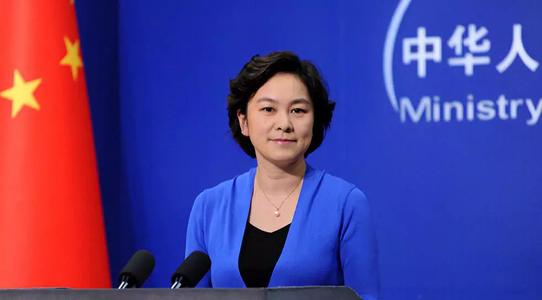 To contain China's development, the United States has engaged in moral abduction, political pressure and even threatened sanctions against Chinese and American companies and academic institutions, Hua said.

She stressed that promoting military-civil integration is an established practice in the world, including the US. Some American multinational companies, such as Lockheed Martin, are themselves military-civilian fusions, and their business scope and product types span military-civil fields.

“The US department’s accusation of China’s military-civil integration shows its typical double standard,” Hua said, adding that its real purpose is to create an excuse to promote the high-tech blockade against China, which goes against the spirit of international cooperation and trend of the times, and ultimately harms the common interests of China and the United States and the rest of the world.

“China urges the US to correct its wrongful words and deeds, and stop malicious provocations and vicious attacks on China,” the spokesperson said.