US accusation of unfair trade practices by China groundless, distorts the facts: MOFCOM 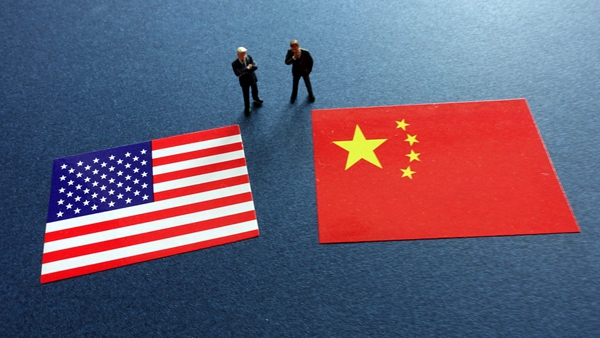 US accusations of China employing unfair trade practices in mutual economic and trade exchanges are “groundless” and “distort the facts,” China’s the Ministry of Commerce (MOFCOM) said in a statement on Thursday.

The statement was made in response to new US tariffs on Chinese exports and the country's Section 301 investigation conducted by the US Trade Representative Office. The Trump administration on Wednesday threatened to impose 10 percent tariffs on another $200 billion worth of Chinese goods, escalating the trade war between the world's two largest economies.

The US has distorted the facts for its domestic political needs and to suppress China's development, the statement said. The US economic problems are caused by its domestic structure. China’s economic success has been achieved through the country’s constant market-oriented reform and the expansion of its opening-up policy.

According to the statement, the US trade deficit with China is largely overstated. The two countries have different areas of industrial competitiveness, and benefit from the international labor division in different ways. The Chinese government has set up a relatively complete legal system protecting intellectual property rights and never requested any “compulsory technology transfer” for foreign companies. China’s implementation of policies in the industrial sector, for instance “Made in China 2025,” is open to all foreign enterprises.

The US also accused China of ignoring trade disagreements between the two nations and failing to respond  positively to issues raised by the US. In fact, China always attaches great importance to the existence of mutual economic disagreements and tries to resolve disputes through dialogue and consultation with great sincerity and patience. From February to June this year, China held four rounds of high-level economic and trade consultations with the US and the two sides issued a joint statement on May 19. However, the US betrayed the consensus of both sides and insisted on a trade war with China.

The US has accused that China’s counter-measures lack international legitimate basis. On the contrary, the fact is that US’ unilateral trade war has no legal basis, the announcement said.

MOFCOM noted, what the US has done has violated the WTO’s MFN basic principles and binding tariff obligations. The US has violated the basic spirit and principles of international laws by levying additional tariffs, which represents a typical unilateralism, trade protectionism and trade bullying.

The announcement added, China has resorted the US’ unilateral behavior to the WTO dispute settlement mechanism. China’s counter-measures are just, reasonable and legal with the aim to safeguard national and global interests. Facing the constant threat of trade war by the US, China has reiterated its stance of “not wanting to fight, not being afraid to fight, and fighting when necessary."

The trade war launched by the US is not only targeted at China but also the whole world, dragging the world economy into a difficult situation. Under the banner of America First, the US launched a 301 investigation at China and 232 investigations at major economies in the name of national security.

At present, many WTO members have taken countermeasures against the US and will take the US to the WTO dispute settlement mechanism, the announcement said.

The largest-scale war in economic history, launched by the US, is not a trade war between China and the US, but a global trade war. The US actions will drag the global economy into a sinkhole, seriously harm the global economy and trade environment, undermine the global industrial and value chain, hamper the global economic recovery, trigger global market turmoil and harm multinational companies and customers.