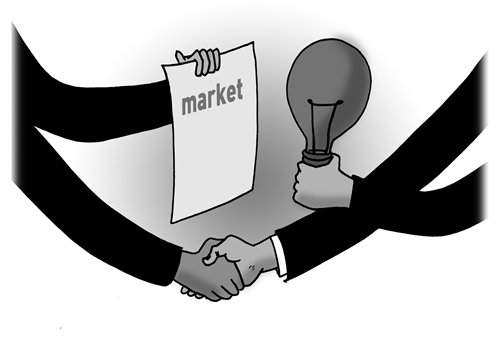 Amid all the unfair tariffs and false accusations made by the US to attack China, one claim has been particularly irritating: Western countries have continually accused China of requiring transfer of technology in return for access to its market. The US government has repeated this lie many times to make it sound like the truth. However, it is the Western countries that invented the idea of using technology to gain access to other markets.

This is also how Western businesses have survived and developed in the Chinese market. Technologies and know-how from the West became common in people's lives decades ago and the Western countries were not complaining at that time.

Colonialism was developed by Western countries. It allowed them to plunder resources in less developed countries and to influence local cultural and educational systems.

After the Opium Wars, the Chinese industrial system was reshuffled, with a large number of foreign firms flocking to major cities in China under the umbrella of providing technology. They built textile factories and machine shops and manufactured tobacco.

In the past 40 years of reform and opening-up, China's policy toward foreign companies has been quite open and friendly. Technological advantages have decided whether companies can succeed. If a company wants to seize a share of the market, it has to keep upgrading its products to remain competitive, and there is no need for anyone to force this process. The ability to create innovative technologies is how they gain market access. For instance, if cars from Germany, Japan and the US did not have their own qualities, it would be hard for them to succeed. It is innovation that persuades customers in the end.

The accusation the US has thrown at China shows that they have abandoned the basic free market principles. It also illustrates the concerns it has for its decaying innovation abilities. The US lacks confidence in its own competitiveness, so it tries to blame Chinese companies.

The fact is that many foreign companies have wanted to provide their technologies in order to get into the Chinese market. The foreign firms were able to set up joint ventures with their Chinese partners while availing of preferential policies, and could get their products into the domestic market as quickly as possible. Foreign companies that took advantage of this gained large profits with limited input. Stating that this is unfair is clearly just a smear. Foreign companies that are doing business in China understand that only good technology can open the market for them. That is the real nature of fair trade.

US President Donald Trump has claimed that the US will develop relations with countries that share similar values. But the doctrine of "America first" would appear to run against this. Such a selfish policy cannot compete with the value offered by multilateral cooperation. In this sense, the US could become isolated.

The Chinese government has released a white paper on the China-US trade war. In this document, China has revealed the complexity and importance of bilateral trade relations based on detailed data and facts.

Trade disputes must be mitigated with trade methods. Getting trade tangled with political or ideological issues can only lead to a dangerous predicament, and it will damage the future relations of the two countries as well as global economic development.