CHINA US accusations of China regarding cybersecurity is 'thieves crying foul of thieves': experts

US accusations of China regarding cybersecurity is 'thieves crying foul of thieves': experts 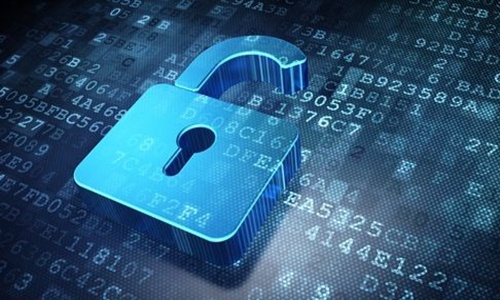 The US’ accusations of China regarding cybersecurity is “thieves crying foul of thieves” given the country’s own notorious record in eavesdropping on other countries, Chinese experts said following a video released by China Central Television (CCTV) Wednesday revealing the  “the true empire of eavesdropping” the US, a serious threat to the data and privacy security of the world.

As the US government introduced a series of bans on Chinese technology companies on the grounds of data security, some US politicians, including Secretary of State Mike Pompeo, have launched a so-called “Clean Internet” program.

The CCTV video was released amid US Undersecretary of State Keith Krach’s visit to Europe during which experts estimate he is going to try to persuade more European countries into joining the US’ so-called “Clean Network” program against China.

These politicians claim without evidence that Chinese companies are a threat to US national security and “pose a significant threat” to US citizens’ privacy, as the video states.

As is shown in the video, the US government's own record regarding cybersecurity, including “WikiLeaks” and the “PRISM” program, has caused a backlash globally.

The US has not only conducted large-scale surveillance on the data and privacy of US citizens, triggering protests at home, but also eavesdropped on the communications of the leaders of at least 35 countries, including Germany, France and Brazil, which has been strongly condemned and denounced by these governments.

China has been the focus of US surveillance in East Asia in the US plan to spy on the world, the video noted. According to revelations by former NSA employee Edward Snowden, the US has been hacking into Chinese computers since 2009, launching malicious attacks and stealing industry secrets and government information.

The video introduces to the audience the “PRISM” program, the “Upstream” program, the “Irritant Horn” program, and the “Muscular” program, which are among the numerous eavesdropping operations conducted by the US. These programs have repeatedly proved that the US is “the world's largest cyber attacker, an empire of hackers, eavesdroppers and spies.”

Fang Binxing, an expert on network information security at the Chinese Academy of Engineering said that the US’ accusations against Chinese technology companies are “ridiculous”, regarding what the US government has done themselves.

“The sole purpose behind these US’ accusations is to prevent China from surpassing the US in cyber technology development,” Fang told the Global Times on Wednesday, “They're just looking for a good excuse to cover for this intention.”

Qin An, head of the Beijing-based Institute of China Cyberspace Strategy, also said that the US’ attacking Chinese technology companies is entirely “a despicable tactic” for the upcoming presidential election.

“The US government's threat to data security at home and abroad is long well known, and they have never apologized or even provided an explanation for it,” Qin noted, “Now they are shamelessly accusing China, like thieves crying foul of thieves.”

During the trip to a number of European countries, the US Undersecretary of State Krach will meet with senior government officials from each country, as well as from the European Union and the North Atlantic Treaty Organization (NATO), and private sector CEOs to discuss Clean Network program, 5G security, and other common economic and national security objectives, including protecting data privacy.

Krach is expected to try to include more European countries into the Clean Network program against China,  but it is highly unlikely to happen, analysts say.