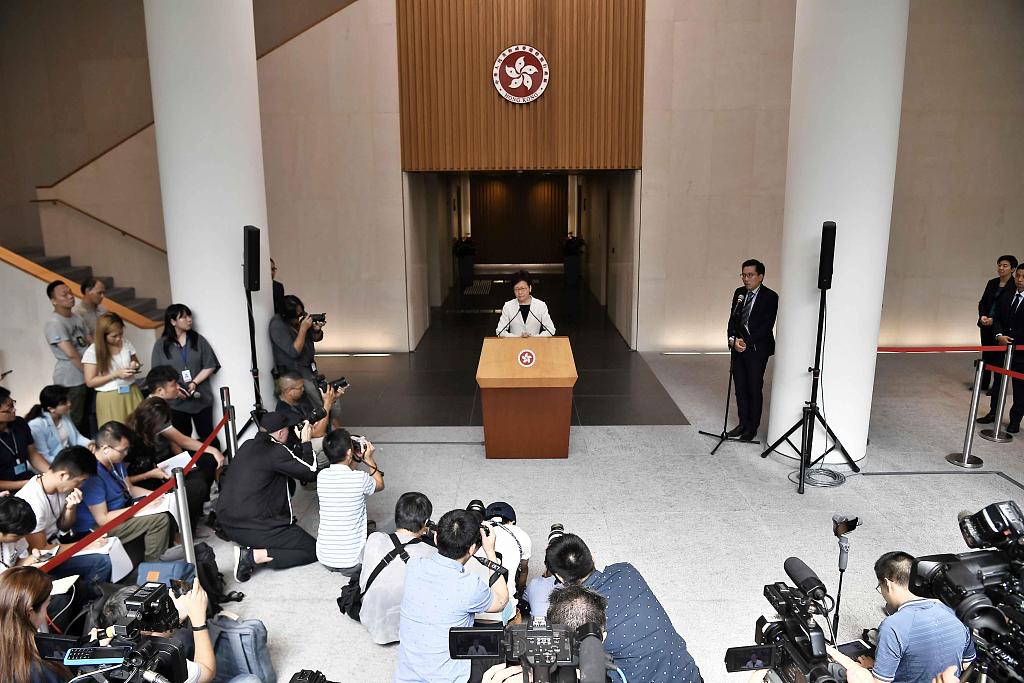 At a media briefing before the weekly Executive Council meeting, Lam said the HKSAR government strongly opposes the so-called Hong Kong Human Rights and Democracy Act of 2019, and regards it as a "very regrettable" move by a foreign legislature and administration to interfere in the Hong Kong affairs through their own legislation.

Stressing that the human rights and freedom of Hong Kong residents are well protected by the HKSAR Basic Law, Lam pointed out "we enjoy a high degree of freedom in many aspects, including freedom of press, freedom of assembly and demonstration, as well as religious freedom."

Lam noted that the major chambers of commerce here have been strongly opposing the act, adding that the act may even bring harm to U.S. companies, considering that there are more than 1,300 U.S. enterprises that have operation or even regional headquarters in Hong Kong.

As for the suspension of reviewing applications to visit Hong Kong by U.S. military ships and aircraft and the sanctions against some U.S. non-governmental organizations announced by the Chinese central government on Monday, Lam said the central government shall be responsible for the foreign affairs related to the HKSAR, and the HKSAR will cooperate and follow up in accordance.