CHINA US' additional tariffs on Chinese imports to harm others, itself: MFA

US' additional tariffs on Chinese imports to harm others, itself: MFA 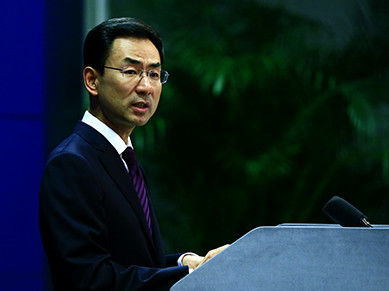 The extreme pressure the US is placing on China, which has raised additional tariffs on its imports, is not constructive and will harm others as well as itself, Chinese Ministry of Foreign Affairs spokesperson Geng Shuang said at a regular press briefing on Tuesday.

Geng said he is unaware of the two calls last week that the US mentioned. The differences between China and the US in the economic and trade fields should be resolved through dialogue and consultations, Geng said. The two sides have held 12 rounds of consultations, and the two teams have kept in touch.

However, the US has raised additional tariffs on Chinese imports recently. This practice of extreme pressure is not constructive and will harm others as well as itself, said Geng.

China hopes the US can return to the rational, stop strong practices and provide conditions for the two sides to conduct consultations on the basis of mutual respect, equality and mutual benefits.