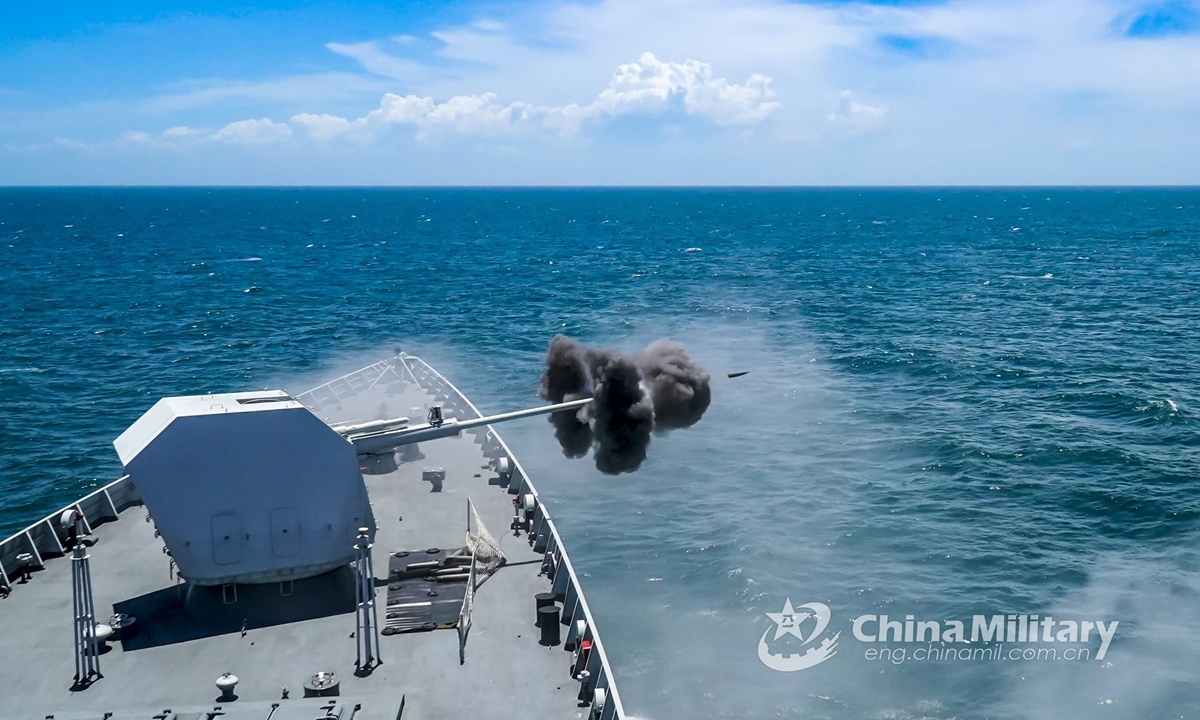 After criticizing China just two days ago for holding exercises, the US again showed its hypocrisy and demonstrated that it is the real source of potential regional instability, analysts said.

The USS Ronald Reagan and USS Nimitz aircraft carriers are holding large-scale exercises in the South China Sea together with four other warships starting Saturday, CNN reported on Saturday.

This means the US exercises are coinciding with China's drills in the South China Sea near the Xisha Islands, which run from Wednesday to Sunday, according to a notice released by China's Maritime Safety Administration.

In a statement on Thursday, the Pentagon claimed the Chinese drills were "counter-productive to efforts at easing tensions and maintaining stability," Reuters reported.

"The US is saying one thing and doing another. It is applying different standards on China's actions than it does on its own," a military expert who asked not to be identified told the Global Times on Saturday.

China's Foreign Ministry previously called similar US moves "flexing of muscles by some non-regional country that lies tens of thousands of miles away."

Three US aircraft carriers have been conducting exercises in the Philippine Sea just outside of the South China Sea since June, which has stirred regional tensions, Chinese military observers said, noting that the Chinese drills are regularly scheduled exercises aimed at safeguarding China's territorial integrity and sovereignty and do not target any other country.

Beijing-based military expert Li Jie told the Global Times that the US is attempting to show off its military capability to the world, threaten China and enforce its hegemonic policies.

The South China Sea is fully within the grasp of the Chinese People's Liberation Army (PLA), and any US aircraft carrier movement in the region is solely at the pleasure of the PLA, which has a wide selection of anti-aircraft carrier weapons like the DF-21D and DF-26 "aircraft carrier killer" missiles, analysts noted.

In response to the Pentagon's statement, Chinese Foreign Ministry spokesperson Zhao Lijian said at a regular press conference on Friday that Xisha Islands are indisputably China's inherent territory. China's military exercises in the seas off Xisha Islands are within our sovereignty and beyond reproach. The fundamental cause of instability in the South China Sea is the large-scale military activities and flexing of muscles by some non-regional country that lies tens of thousands of miles away.

Zhang Junshe, a senior research fellow at the PLA Naval Military Studies Research Institute, told the Global Times that the US has been frequently sending warships and warplanes to the South China Sea, even entering other countries' territorial waters and violating their sovereignty in the name of "freedom of navigation" operations. The US is the real source behind South China Sea's militarization, and it is in no position to criticize China for its rightful actions, he said.