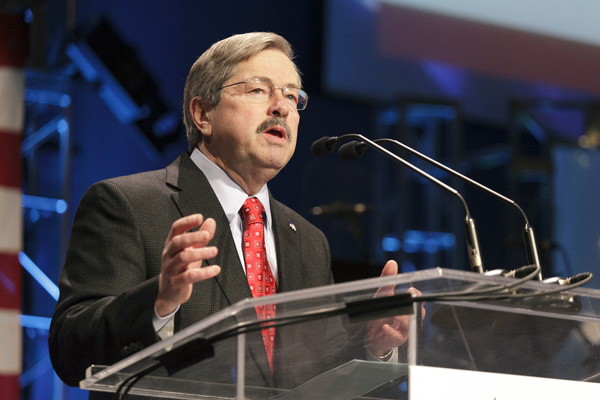 U.S. Ambassador to China Terry Branstad said Wednesday that he doesn't believe Beijing is deliberately blocking exports of masks and other medical supplies to fight the coronavirus.

He also told a small group of reporters that the shipment of 1,200 tons of such products to the U.S. could not have been possible without Chinese support.

Talking about a slowdown in the provision of supplies, the ambassador pointed out that it appeared to be caused by China's implementation of stricter quality standards following complaints it was sending shoddy equipment abroad.

"I am hopeful that because of the collaboration and work on fighting the virus, and also of course the phase one of the trade agreement, that there will be a better relationship going forward," Branstad said.

Over 28,000 deaths have been reported in the U.S. and the total confirmed cases have surpassed 636,000, meaning the U.S. has the largest number of both coronavirus fatalities and infections so far.

On Thursday, U.S. President Donald Trump said the country has likely "passed the peak" of the coronavirus pandemic and he will announce guidelines for reopening the economy on Thursday.