CHINA US ambassador welcomes Chinese students to study in the US

US ambassador welcomes Chinese students to study in the US

The US welcomes Chinese students, the US ambassador to China Terry Branstad wrote in an article published in Chinese media on Monday, denying there are US restrictions against Chinese students. 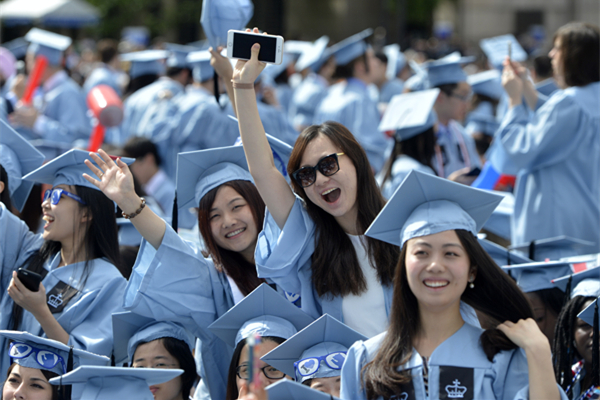 "Our policy on issuing student visas has remained clear and unchanged,"said Branstad, the former governor of Iowa and US ambassador to China since 2017.

Branstad's reassurance echoed US President Donald Trump's assertion that all legal travelers, including both students and scholars, from China are welcome to visit the US.

"We have incredible talent coming in from China. They occupy a big space in our universities and we want to keep it that way,” said Trump during an interview in October.

According to US official data, over 360,000 Chinese students were enrolled at US higher education institutions in 2018, or 33 percent of overall international students on US campuses, higher than any other country.

Branstad said that figure reinforced the idea that the US education system didn't slam the door in Chinese students' faces.

While encouraging Chinese students to pursue higher education in the US, Branstad offered some advice on how to achieve success as an international student.

"It's not an easy task to bridge the Chinese and the American cultures," Branstad said. "But I believe those who choose to study in the US and make the best of their time can not only anticipate brighter career prospects but also contribute to China's sustainable development and a more stable China-US relationship."

Read more: China hopes the US will turn words into actions on welcoming China's students