CHINA US and Chinese scholars call for cooperation on pandemic

US and Chinese scholars call for cooperation on pandemic 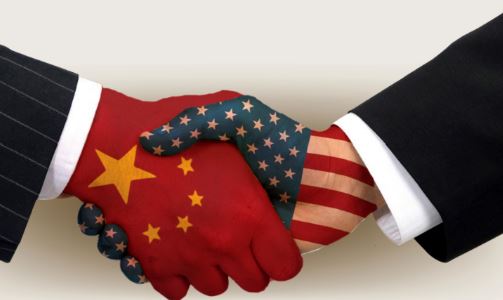 Washington (People’s Daily) -- More than 70 scholars in the US and China published a letter in the New York Times on May 1. In the letter, they urge leaders in Washington and Beijing to put aside partisan interests and coordinate their responses to COVID-19.

“Diseases are political, and they necessitate political action - no one should try to suggest otherwise,” the scholars said in the letter.

“Unchecked, they toss legions out of work and kill millions, ravaging the most vulnerable the hardest. The calamity that is COVID-19 demands an equal or greater political force led by governments. It must be met with a powerful, multilevel, transnational, coordinated array of responses.”

They went on to say that officials in Washington, Beijing and beyond should stride cautiously, although they avoided infusing the politics needed to quell COVID-19 with tactics designed to serve partisan interests.

“Your power should be focused on caring for others and marshaling resources for disease prevention - not on deflecting blame, shoring up approval ratings, settling scores or demonizing people because of ethnicity or nationality.

“Relationships can take years to nurture and seconds to destroy, especially when a tweet circulates globally in an instant, a lesson we teach our students regularly. There is no place today for politicians to endanger bilateral ties by spreading conspiracies or insulting language about virologic origins,” they said in the letter.

They called for rebuilding global public health alliances, such as the World Health Organization, renewing scientific exchanges and communicating respectfully across borders.

Matthew Kohrman and Scott Rozelle of Stanford University, Xi Chen of Yale School of Public Health and more than 70 scholars signed the letter.